Boston – The City of Boston has approved Boston Pride’s proposal for a new parade route in 2007.

The 2007 parade, scheduled for Saturday, June 9, will stage on Tremont Street in the South End (between Clarendon and Rutland Streets). The parade will start by making its way up Tremont Street towards Berkeley. It will continue up Berkeley, turning onto Boylston and then Charles Streets. Notably, the parade will not empty onto the Boston Common as before; instead it will continue on Beacon Street, past the State House, before rejoining Tremont Street en route to its final destination—the Boston Pride Festival at City Hall Plaza. Please see the attached map for details. 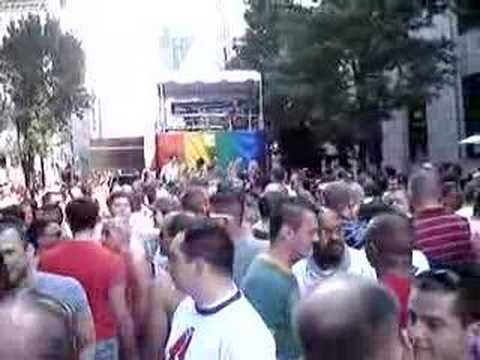