Released on June 4, 2007 in the United Kingdom and June 5, 2007 in the United States, Systematic Chaos was the band's first release through Roadrunner Records. The album was recorded from September 2006 to February 2007 at Avatar Studios in New York City, after the band's first break from summer touring in ten years. The lyrics of the album were written by John Petrucci, James LaBrie, and Mike Portnoy about fictional, political, and personal topics, respectively.

The album peaked in the top twenty in eight countries' sales charts; in addition, the album peaked at the nineteenth position on the Billboard 200, making it the highest peaking Dream Theater album in the United States as of 2008. Critical reception of the album was generally positive; Jon Eardley from MetalReview.com called the band, "arguably the most consistent band throughout the entire progressive rock/metal industry".

Dream Theater has built a career on delivering some of the most consistently strong progressive rock albums in history and Systemic Chaos proves no exception. Built upon the trademark musically diverse but stylistically reliable principles that made albums such as Six Degrees of Inner Turbulence and Train of Thought instant classics, this album features new career highs such as "Prophets of War," "Forsake," and "Constant Motion." Although the band has flirted with commercially viable material in the past, especially on 2005's solid and exciting Octavarium, Systemic Chaos proves unrelenting in its pursuit of pure heavy rock. There are plenty of surprises in store, even for stalwart fans, perhaps one of the reasons that Dream Theater remains in a class by itself, ahead of the pack and ahead of the times. A truly outstanding album by any measure.”

Special Edition CD and DVD:The Special Edition DVD will include:
* the entire album mixed in 5.1 surround sound
* "Chaos in Progress - The Making of Systematic Chaos"
(a 90-minute documentary directed by Mike Portnoy) 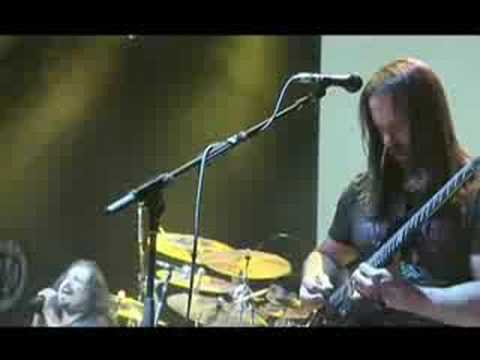