More than 90 people have been killed after a series of explosions at a weapons depot in Mozambique, government officials say.

Thousands of people fled as the blasts near Maputo international airport threw shells and shrapnel into the air.

Several hundred people were injured in the blasts, as the initial blasts caused further detonations.

It was the second time in less than two months that aging explosives in the arsenal have detonated.

"In Maputo hospitals, we registered 96 people dead and more than 400 injured," Health Minister Ivo Garrido said at a news conference.

A series of powerful explosions rocked Maputo airport in Mozambique on Thursday afternoon, as once again obsolete military equipment stored in an arsenal of the Mozambican Armed Forces (FADM) in the outer suburb of Malhazine blew up.

The explosions caused panic in the areas near the arsenal, and could be heard all over the city. Even in the heart of the city, about nine kilometres from Malhazine, the explosion caused damage, blowing out windows (including one in the AIM offices).

There are so far no reports of casualties - but the arsenal is on fire, and the authorities have issued appeals for calm.

People are fleeing from the Malhazine area, seeking shelter in safer areas. Projectiles and shrapnel are being hurled out of the arsenal by the force of the explosions.

The arms depot was constructed by the Soviet Union in 1984. The building housed Soviet-manufactured weapons used during the Mozambican Civil War. The building is in a residential neighborhood, near the international airport. An earlier explosion at the same location in 1984 killed 12 people.

In addition, a heat wave had been affecting the area for much of the summer, with temperatures around 35 °C (93 °F) being reported. The same heat wave was blamed for a much smaller explosion at the depot on January 28, 2007.

Health Minister Ivo Garrido said on March 23 that 93 fatalities were reported and that more than 300 people were injured. Most of the casualties were either soldiers working at the depot or residents of the poor neighborhood surrounding the building. As a result, the government announced three days of national mourning and declared that flags be flown at half staff.

The Interior Ministry ordered police to seal off the area to prevent looting of homes in the area abandoned after the explosion.

The immediate area around the depot was bombarded in falling missiles and bombs, which caused most of the casualties and damage. In other parts of the city, buildings shook and windows broke. 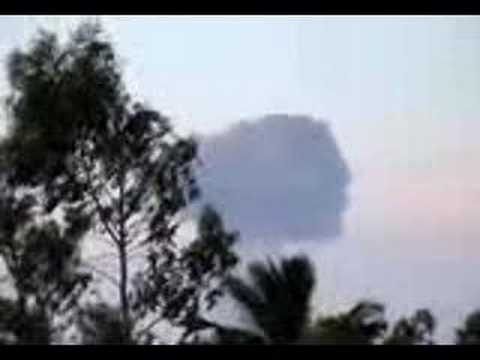 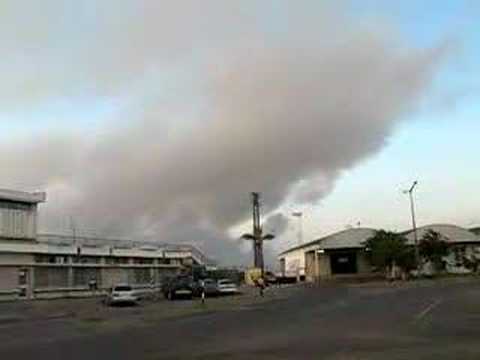