To make their version more kid-friendly, some of the more sexually suggestive lyrics were removed. To appeal to the younger audience, their version says that the Jonas Brothers' seventh album outsold Kelly Clarkson instead of Michael Jackson.

The group's cover was the first single they released under Hollywood Records, and it was the only song Hollywood received distribution rights to after the group was dropped from Columbia. Hollywood re-released the song on the group's next album, Jonas Brothers and "Year 3000" was the lead single.

For the album, titled It's About Time, the band collaborated with several writers, including Adam Schlesinger (Fountains of Wayne), Michael Mangini (Joss Stone), Desmond Child (Aerosmith, Bon Jovi), Billy Mann (Destiny's Child, Jessica Simpson) and Steve Greenberg. The album was initially supposed to be released in February 2006, but was pushed back several times. The delay was due to executive changes at Sony (the parent company of Columbia) and the executives' desire to have "another lead single" on the album. For the album, the Jonas Brothers covered two hit songs by UK band Busted - "Year 3000" and "What I Go to School For". 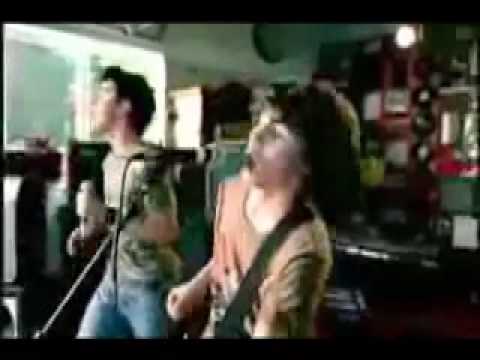