"To boldly go where no man has gone before," and if you don't count the 79 television shows and 5 movies that came before it then Star Trek VI does exactly that.

Yes, it's bold enough to have lauded stage actor Christopher Plummer glue on a few hideous plastic appliqués and shriek out lines from Shakespeare's plays at inappropriate times.

It's bold enough to hire Kim Cattrall for her acting experience alone in a role that has nothing whatsoever to do with sex. And it's bold enough to pretend with a straight face that the cast of the original series shouldn't have been dry docked 20 years prior to this film.

To handle this mess, Mike enlisted the aid of Bill Corbett and Kevin Murphy, his riffing companions from Mystery Science Theater 3000. You'll laugh, you'll cry, you'll say to yourself, Who is John Shuck and how can I avoid his work from now on? Note: This RiffTrax may only work with the two-disc special edition of the film. 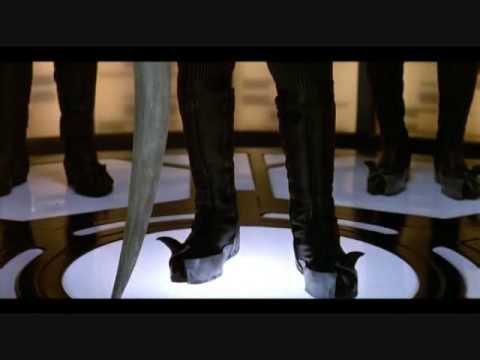