"Buy U a Drank (Shawty Snappin')" by T-Pain Is Released

"Buy U a Drank (Shawty Snappin')" is a song by American producer/singer-songwriter T-Pain.

It was released on February 20, 2007. The song is the first official single from T-Pain's album Epiphany. The song also features rapper Yung Joc.

It's noted for having many references to other popular dance/rap songs. Lil Scrappy's song "Money in the Bank" is referenced in the chorus with the line, "I got money in the bank / Shawty what you think about that". Towards the middle you can hear the line "You don't know me" referring to T.I.'s "U Don't Know Me". At the beginning, you hear the line, "Snap yo fingers, do your step, you can do it all by yourself", a lead line from the Lil Jon song, "Snap Yo Fingers". Also he states "back to the crib, show you how I live" refers to 50 Cent's "Just a Lil Bit". At the end of the second verse, T-Pain says 'On That Patrón You Should Get Like Me', referencing Yung Joc's "It's Goin' Down" off his album New Joc City. Later on in the song, T-Pain takes a line from the single by Unk, "Walk It Out" when he says, "...Walk it out." The song also includes uncredited vocals by T-Pain's Nappy Boy artists, Tay Dizm and Jay Lyriq. Jay Lyriq sings: "Let's get gone, walk it out....Now rock, rock, rock, rock, you can do it all by yourself", and Tay Dizm sings: "Now walk it out, think about it... Ah snap!". The song ranks 63rd on Rolling Stone's list of the 100 Best Songs of 2007. 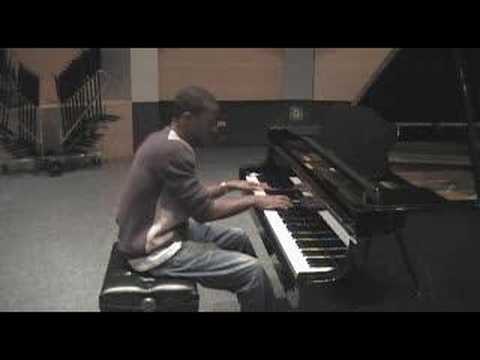