Uncharted: Drake's Fortune is an action-adventure video game developed by Naughty Dog, and published by Sony Computer Entertainment exclusively for the PlayStation 3. Combining platforming and third-person shooter elements, the game charts the journey of protagonist Nathan Drake, supposed descendant of the explorer Sir Francis Drake, as he seeks the lost treasure of El Dorado, with the help of friend Victor "Sully" Sullivan and journalist Elena Fisher.

Originally announced at E3 2006, the title was developed for about two years before being released at the end of 2007. Seen as a key title for the PlayStation 3 during the holiday season of 2007, the game was well-received by critics, many of whom cited its technical achievements and its high production values, similar to that of summer blockbuster films. The game went on to sell more than one million copies in ten weeks, and become part of the European best-selling Platinum Range of titles. A sequel, entitled Uncharted 2: Among Thieves, has since been announced and is now in development. 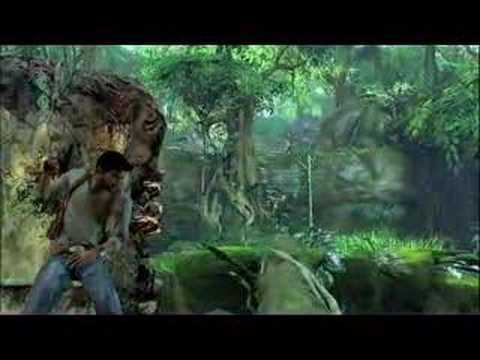