The Ford S-Max (written Ford S-MAX) is an MPV/sedan produced by the Ford Motor Company for the European market and by Chang'an Ford Automobile Co., Ltd for the Chinese (Mainland) market.

Introduced at the 2006 Geneva Motor Show, the S-Max went on sale alongside the new generation Galaxy in June 2006. It is intended to be sporty like a sedan and spacious like an MPV. It shows inspiration from the seven-seater large MPV Galaxy and compact MPV Ford C-Max. The S-Max has received many positive reviews and awards, and was voted European Car of the Year 2007 on 13 November 2006. In the future Ford is planning to sell the S-Max in Japan under the subsidiary brand Mazda.

The S-Max is the first vehicle in Ford's lineup to feature their Kinetic Design styling. The Kinetic Design scheme includes angular headlights, twin trapezoidal grilles, and large wheelarches.
One major selling point of the S-Max is its "Fold Flat System". This design allows the second and third-row seats to fold seamlessly into the floor, leaving extra storage space.

For the English speaking markets there are three derivatives of the S-Max; Edge, Zetec, and the high-end Titanium. Ford has stated that around sixty percent of all S-Max buyers choose Titanium specification. Continental trim levels are Trend, Titanium and the top of the line Titanium S.
In March 2008, a powerful 2.2 175PS TDCi common-rail diesel was added to Titanium series and delivers acceleration from 0-60 mph in 9.0 seconds.
In September 2008, the popular 2.0 140PS TDCi manual engine was offered with a CO2 of 159 g/km.
The S-Max Trend is going to debut in China in 2010. The Trend is basically a normal S-Max, but without the back row of seats. The idea is to make it cheaper, and to give more storage space to people who might want it.

The Ford F150 is America’s best selling vehicle. The domestically produced full-size pickup truck is generally recognized as the class of the field. Unfortunately, nothing else Ford sells stateside achieves that standard– and Ford’s “showroom of the future” offers little hope. No wonder the company’s camp followers have turned their gaze upon FoMoCo’s European operations, where the S-Max people mover won the coveted Car of the Year award. Should The Blue Oval Boyz switch on their tractor beam?

Given that Ford’s “New Edge” design language bloat-morphed into New Ed (i.e. your uncle's idea of design), the fact that the automaker’s “Kinetic Design” survived long enough to find expression in the S-Max minivan is something of a miracle. Bottom line: the S-Max looks more like a Japanese Shinkansen or a TGV than suburban soccer-team transport.

Although the S-Max’ front end is relatively demure, the overall design is crammed with funky details: heavily raked windscreen, blistered wheel arches, [fake] gills behind the front wheels, flame surfaced side panels, bizarre window shapes and more. Say what you will about overwrought design, but my 16-year-old daughter wasn't ashamed to be seen in it and my girlfriend said it didn't make her "feel like a mom.” For a minivan, that’s about as good as it gets.

Marketingspeak calls the S-Max a "5+2" seven-seater sports car. In fact, it’s an elevated station wagon with plenty of room for five adults and two midgets. While that pretty much describes any CUV, the S-Max does the "five" part extremely well. First and second row headroom and legroom are fit for a Queen (Vic). Equally impressive, the spacious cabin fully accommodates the center rear passenger. Again, the S-Max’ third row is a short term solution for short people– whose presence reduces rear cargo capacity to that of a Honda Fit.

Journalists have compared the S-Max’ interior an Audi's– which is a bit like comparing a bottle of Aventinus Dunkel Weizenbock to a can of Miller Lite. The S-Max’ soft plastics are excellent, but many surrounding materials are cheap and nasty. The plasti-metal on the middle console, adjacent to a brushed-aluminum strip, next to faux-chrome on the steering wheel, reeks. Note to Ford of Europe: nobody wears a white plastic belt with khaki trousers anymore.

The S-Max’ handbrake is easily the interior’s blingiest touch. The jet throttle facsimile shelters tantalizing buttons marked “Comfort,” “Normal” and “Sport.” Unfortunately, using the handbrake is a pain, since it forces you to adopt an unergonomic bent-wrist grip. And for all the effect the three buttons have upon the S'Max's handling, I’m sure these switches were designed by FoMoCo’s Psy-Ops department. Even so, the S-Max is pleasure to drive in any of its [phantom] modes.

Our tester holstered a 2.0-liter, 140hp (DIN) Duratorque diesel. The mini-mill propelled the minivan with a satisfying turbodiesel snarl-shove at 2200 – 3800rpm, with no bothersome noise or vibration above or below the power band. The S-Max’ ten second amble from zero to 60mph sounds a lot worse than it is; the S-Max’ slick shifting six-speed manual affords easy access to whatever torque the oil burner can muster. In fact, there’s plenty of useful thrust right up to an indicated 120mph.

Although you sit noticeably higher than you would in a normal car, the S-Max has none of the ocean going sway that blights the rest of the minivan genre. At 100mph through high-speed bends, buffeted by stiff side winds, the S-Max stayed level and planted.

There’s not much of a downside to this fine handling. Even over cobblestones, the S-Max’ ride quality remains faultless. The vehicle’s noise suppression is good, but not on par with European luxobarges. My daily driver, a hydropneumatic Citroen, is a far more unruffled cruiser at 70mph. At 110mph, the difference is marginal.

Driven around corners at 6/10, the inevitable understeer… never arrives. Accelerating past that point is pointless, controllable and maybe even a little bit of fun. Aside from the S-Max’ lower center of gravity and world class chassis fettling, its communicative tiller is the main hoon enabler.

The S-Max’ helm provides instantaneous feedback on both the vehicle’s orientation and the quality of the pavement beneath its feet. Saying that, the stoppers are a lot more than merely adequate– and much appreciated by drivers intent on triggering the S-Max’ traction control idiot light.

Ford's stylish, practical and entertaining S-Max proves that The Blue Oval employs engineers and product planners who are as good as anybody in Japan or Germany. It's the mid-sized motor vehicle that should have replaced the pathetic Ford Windstar in the American market. Indeed, the S-Max might even have been the minivan that reinvigorated the entire genre, in ways that the bloated Chrysler Pacifica could only have imagined.

Pistonhead dreams of S-Max importation will probably go unrealized, as any such plans should have been hatched at the beginning of the model’s gestation, when a global strategy could have assured its profitability. Ford’s headed in that direction now, but it’s probably too late. The best-in-class S-Max is destined to be another Ford of NA could-a, should-a, would-a been.

Source: The Truth About Cars Added by: Kevin Rogers 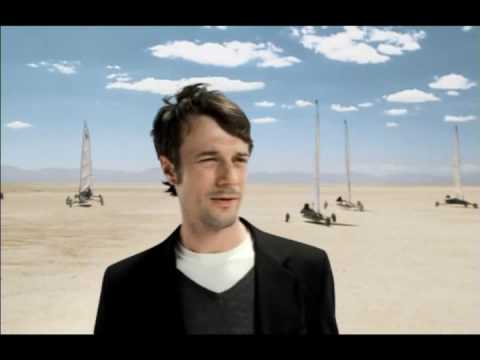