The crash killed all 154 people on the airliner, a Boeing 737 operated by Gol Linhas Aéreas Inteligentes.

The business jet, manufactured by Embraer, a Brazilian company, was being flown home by the American buyers, a charter company in New York. It was forced to make an emergency landing. The transponder, the equipment that was switched off, was American-built.

A transponder answers calls from ground-based radar and other planes and replies with the identity of the plane and its altitude, allowing the plane’s position to be determined. The transponder’s signals are recorded by the ground-based air traffic system.

The Brazilian report said the business jet’s transponder was running early in the flight, then it was off and then on again. The report said the cockpit voice recorder recorded Jan Paul Paladino, the second in command, when he let out an “exclamation” on noticing that it was not working after the collision.

The wreckage was found near a cattle ranch, 1,090 miles northwest of Sao Paulo in the state of Mato Grosso. The manager of the 49,500-acre ranch said the plane may have crashed inside the neighboring Xingu Indian reservation.

"We heard a loud explosion and some of our employees saw a plane flying low," the ranch manager, Milton Picalho, said by phone. "Judging from the direction the noise came from, I would say it crashed inside the reservation."

Pereira said the jetliner may have either collided with a Brazilian-made Legacy executive jet or the two aircraft may have grazed each other.

"There was some kind of contact between the two aircraft and it is highly probable that this was the cause," he said. "But we will only be absolutely certain after a full investigation."

Brazilian officials placed much of the blame on the two American pilots of the Embraer Legacy 600 that collided with a Gol Airlines 737 on September 29, 2006. Air force investigators said those pilots inadvertently switched their transponder to standby mode... taking the plane off controllers' screens, and rendering the plane invisible to the TCAS system onboard the airliner.

The planes collided nearly head-on along the same airway at FL370. The Legacy was able to make an emergency landing... but the Gol 737 spun into the forest, killing all 154 persons onboard.

Immediately after the Embraer's emergency landing at the Cachimbo air base, BAF and Agência Nacional de Aviação Civil (ANAC) officials detained and interviewed its flight crew. The officials also removed the two "black boxes"—Cockpit Voice Recorder (CVR) and Flight Data Recorder (FDR)—from the Embraer, and sent them to São José dos Campos, São Paulo, and from there to Ottawa, Canada for analysis.

In an initial deposition, the Embraer flight crew testified that they were cleared to flight level 370, approximately 37,000 feet (11,000 m) above mean sea level, by Brasilia ATC, and were level at that assigned altitude when the collision occurred. They also asserted that at the time of the collision they had lost contact with Brasilia ATC, and their anti-collision system did not alert them to any oncoming traffic.

On October 2, the Embraer's captain and first officer were ordered by the Mato Grosso Justice Tribunal to surrender their passports pending further investigation. The request, made by the Peixoto de Azevedo prosecutor, was granted by judge Tiago Sousa Nogueira e Abreu, who stated that the possibility of pilot error on the part of the Embraer crew could not be ruled out. The Embraer crew were forced to remain in Brazil until their passports were released to them on December 5, 2006, more than two months after the accident, after federal judge Candido Ribeiro ruled there were no legal grounds for "restricting the freedom of motion of the foreigners."

Prior to their scheduled departure to the United States, the crew were formally charged by Brazilian Federal Police with "endangering an aircraft", which carries a penalty of up to twelve years in prison. Former Justice Minister Jose Carlos Dias, who was acting as a lawyer for the Embraer's crew, criticized the charges against them as being "biased" and "discriminatory". The two pilots were allowed to leave the country after signing a document promising to return to Brazil for their trial or when required by Brazilian authorities. They picked up their passports and flew back to the United States. 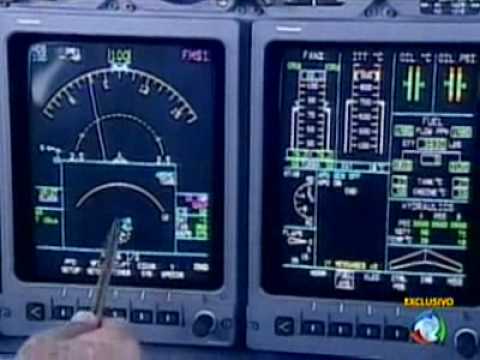