The Last King of Scotland is a 2006 British drama film based on Giles Foden's novel of the same name.

It was adapted by screenwriters Peter Morgan and Jeremy Brock and directed by Kevin Macdonald. The film was a co-production between companies from the United Kingdom and the United States, including Fox Searchlight Pictures and Film4.

The Last King of Scotland tells the fictional story of Dr. Nicholas Garrigan (James McAvoy), a young Scottish doctor who travels to Uganda and becomes the personal physician to the dictator Idi Amin (Forest Whitaker). The movie is based on factual events of Amin's rule. 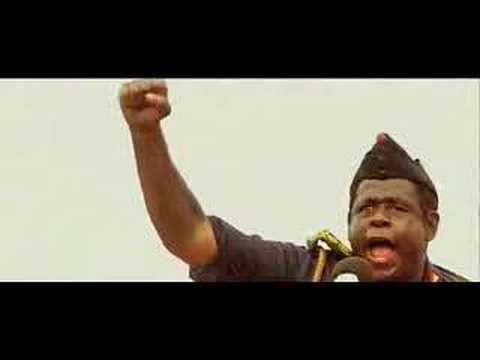