Call of Juarez is a Western-themed first-person shooter from the Polish developer Techland.

Call of Juarez is loosely based on a number of Western movie hits from the last four decades, particularly the Spaghetti Westerns that became popular in the sixties and early seventies. The game features two different characters: Billy Candle, a young fugitive accused of murder and the Reverend Ray, an ex-outlaw who turned to religion, believing that God himself has chosen him to be the instrument of his wrath. He often presents himself as "God's wrath" and "God's right hand". 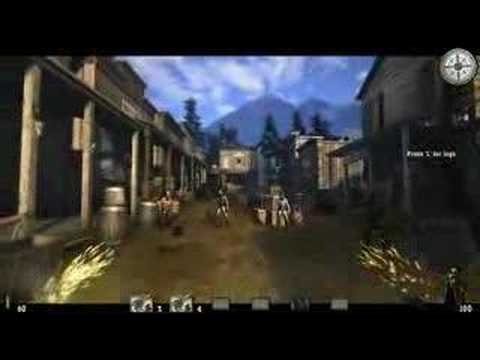