The principal parties were Hezbollah paramilitary forces and the Israeli military. The conflict started on 12 July 2006, and continued until a United Nations-brokered ceasefire went into effect in the morning on 14 August 2006, though it formally ended on 8 September 2006 when Israel lifted its naval blockade of Lebanon.

The conflict began when Hezbollah militants purposely fired rockets at Israeli border towns as a diversion for an anti-tank missile attack on two armored Humvees patrolling the Israeli side of the border fence. Of the seven Israeli soldiers in the two jeeps, two were wounded, three were killed, and two were kidnapped and taken to Lebanon. Five more were killed in a failed Israeli rescue attempt. Israel responded with massive airstrikes and artillery fire on targets in Lebanon that damaged Lebanese civilian infrastructure, including Beirut's Rafic Hariri International Airport (which Israel alleged that Hezbollah used to import weapons and supplies), an air and naval blockade, and a ground invasion of southern Lebanon. Hezbollah then launched more rockets into northern Israel and engaged the Israel Defense Forces (IDF) in guerrilla warfare from hardened positions.

The conflict killed over a thousand people, mostly Lebanese civilians, severely damaged Lebanese civil infrastructure, and displaced approximately one million Lebanese and 300,000–500,000 Israelis, although most were able to return to their homes. After the ceasefire, some parts of Southern Lebanon remained uninhabitable due to Israeli unexploded cluster bomblets.

On 11 August 2006, the United Nations Security Council unanimously approved UN Resolution 1701 in an effort to end the hostilities. The resolution, which was approved by both Lebanese and Israeli governments the following days, called for disarmament of Hezbollah, for withdrawal of Israel from Lebanon, and for the deployment of Lebanese soldiers and an enlarged United Nations Interim Force in Lebanon (UNIFIL) force in southern Lebanon. The Lebanese army began deploying in southern Lebanon on 17 August 2006. The blockade was lifted on 8 September 2006. On 1 October, 2006, most Israeli troops withdrew from Lebanon, though the last of the troops continue to occupy the border-straddling village of Ghajar. In the time since the enactment of UNSCR 1701 both the Lebanese government and UNIFIL have stated that they will not disarm Hezbollah. The remains of the two kidnapped soldiers, whose fates were unknown, were returned to Israel on 16 July 2008 as part of a prisoner exchange. 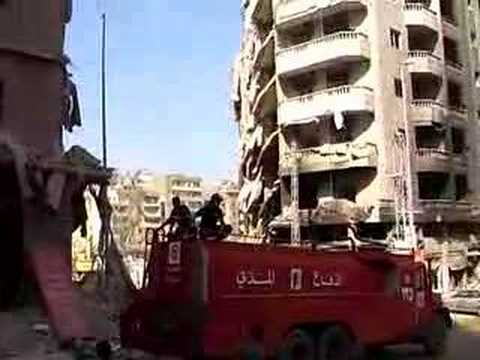