The 2006 Stanley Cup Finals was the 2006 edition of the final series of the National Hockey League's Stanley Cup playoffs.

Carolina defeated the Montreal Canadiens 4–2, the New Jersey Devils 4–1 and the Buffalo Sabres 4–3 to advance to the Final.

Edmonton defeated the Western Conference No. 1 seed Detroit Red Wings 4–2, the San Jose Sharks 4–2 and the Mighty Ducks of Anaheim 4–1 to advance to the Final. This marked the first time since the current Conference-based playoff format, debuted in 1994, that a team seeded #8 made it to the Finals.

This series marked the first time that two former World Hockey Association teams played against each other for the Stanley Cup since they merged with the NHL in 1979. The Winnipeg Jets/Phoenix Coyotes team is the only former WHA club to have never contested an NHL Final. As a result of the new scheduling formula that was implemented before the 2005–06 NHL season, the Hurricanes and the Oilers did not meet during the regular season.

These were also the first ever Finals contested by two teams that had both missed the playoffs the previous season (assuming one skips the unplayed 2005 Stanley Cup playoffs). Even more interestingly, it would also prove to be the first Finals contested by teams that would both go on to miss the following years' playoffs. Prior to these Finals only one team, the 1938–39 Chicago Blackhawks, had ever missed the playoffs one year, then played in the Stanley Cup Finals (win or lose) the following season, and then missed the playoffs again the season after that. Both the Hurricanes and Oilers have now accomplished this dubious feat.

RALEIGH, N.C. (AP) -- Rod Brind'Amour lifted the Stanley Cup above his head, tears of joy streaming down his face. This one was for the captain and all those Carolina old-timers whose names are going on hockey's most revered trophy for the first time.

Of course, they couldn't have done it without the kid.

Rookie goalie Cam Ward stopped nearly everything that came his way, finishing off a brilliant playoffs with a rock-solid performance in Game 7. The Hurricanes skated away with their first Stanley Cup title, beating Edmonton 3-1 in the winner-take-all finale Monday night.

"It's just surreal," said Brind'Amour, the team's 35-year-old captain, his eyes still red after he left ice. "The guys on this team have been through years and years of heartache. After Game 6, I knew there's no way we were letting this go. Too many guys on this team deserve it."

Hurricanes loft Stanley Cup after blowing away Oilers in Game 7

By Kevin Allen, USA TODAY
RALEIGH, N.C. — The Carolina Hurricanes, a franchise that dared set up a hockey operation in the middle of NASCAR and basketball country in 1997, is now in the driver's seat in the NHL.

The Hurricanes downed the Edmonton Oilers 3-1 Monday night in Game 7 to win the Stanley Cup for the first time in franchise history.

"It's been a long road," said Carolina defenseman Glen Wesley, who played 17 previous NHL seasons without winning a Cup.

"It's been a longer road coming from Greensboro, where we had (6,000 or 7,000) people in the stands. But the hard-core fans supported us, driving from Raleigh to see the games. But there were some bumpy roads." 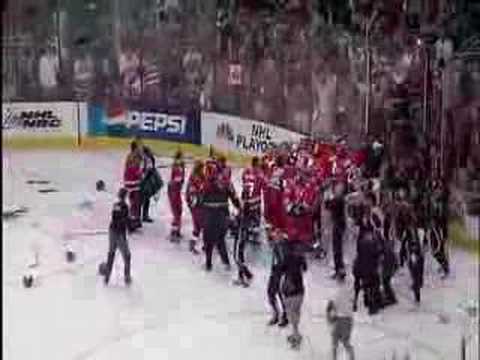 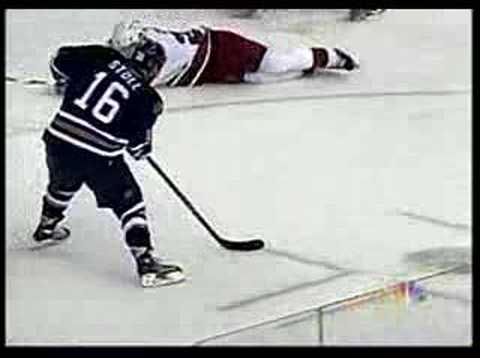 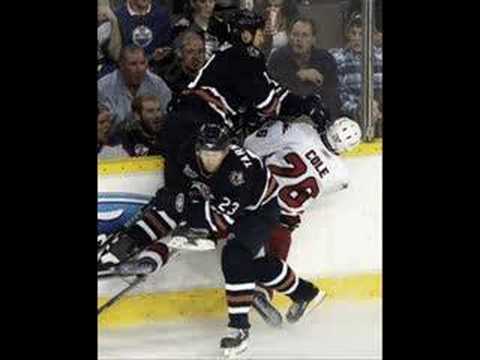