Nacho Libre is a 2006 comedy film directed by Jared Hess.

It is a production of Nickelodeon Movies. The script was written by Jared Hess, Jerusha Hess and Mike White. It was loosely based on the story of Fray Tormenta ("Friar Storm"), aka Rev. Sergio Gutiérrez Benítez, a real-life Mexican Catholic priest who had a 23-year career as a masked luchador. He competed in order to support the orphanage he directed. The producers are Jack Black, David Klawans, Julia Pistor, and Mike White. The film received mixed reviews from critics. 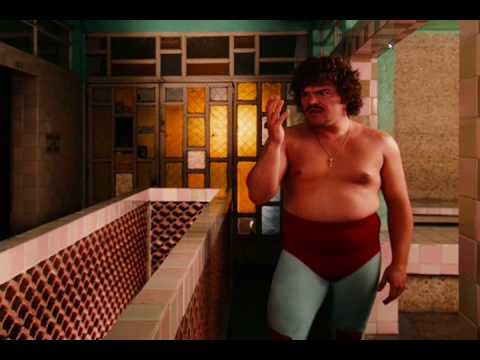