Records in Europe and May 9 in the United States. It sold 442,000 copies in the U.S. in the first week and debuted at number one on the Billboard 200. The album produced five singles: "Dani California", "Snow ((Hey Oh))", "Desecration Smile", "Hump De Bump", and "Tell Me Baby". According to the band's vocalist Anthony Kiedis, Stadium Arcadium was originally scheduled to be a trilogy of albums each released six months apart, but was eventually condensed into a double album.

Stadium Arcadium has been met with generally favorable reviews, with Rolling Stone stating it was the band's best album yet and giving it a rating 4/5. Rolling Stone also declared it to be the second best album released in 2006, behind Modern Times by Bob Dylan. Q magazine said it was one of the year's best albums and rated it at 5/5 whilst Allmusic called it over-produced and self-indulgent and thus gave it 3.5/5. It has sold over 7 million copies worldwide to date, and its first three singles reached #1 (and stayed there for at least 4 weeks) on the US Modern Rock chart.
Waveform of the song "Snow ((Hey Oh))", comparing the CD and LP releases.

A problem often pointed by audiophiles is Vlado Meller's mastering for the CD release. It can be regarded as a product of the loudness war, with heavy use of dynamic range compression, and suffering of frequent clipping. In contrast, Steve Hoffman's mastering for the vinyl release was praised for its quality. 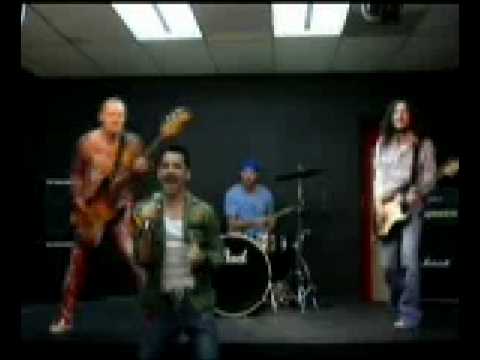