McDonald and Loggins make a bet about McDonald's new song, "I Keep Forgettin' (Every Time You're Near)", that takes a decade to resolve.

Ten years later, Long Beach-based rappers Warren G and Nate Dogg struggle with creating smooth rap (yacht rap), and only when they kidnap McDonald, is there a solution to everyone's problems.

In developing the show Yacht Rock, creator J. D. Ryznar commented that the term was intended to describe the "more elite studio artists" of the period, such as Michael McDonald and Kenny Loggins. David B. Lyons, who co-produced the show and played Koko Goldstein, noted that a friend of his devised the term "marina rock" in college to describe a more "working-class" group of artists that didn't achieve the same high profile, such as Seals and Crofts, Rupert Holmes, and Looking Glass. However, despite the show's intentions, music journalists have begun using the term yacht rock to describe all of the similar-sounding music of the period, including bands such as Ambrosia, 10cc, Pablo Cruise, Firefall, England Dan & John Ford Coley, Orleans, Ace, and Player.

While Ryznar and the show popularized the term "yacht rock," it had existed previously. Its earliest-known appearance came in 1990 from Dave Larsen, popular music critic for the Dayton Daily News, describing an upcoming Jimmy Buffett concert in Cincinnati. Buffett does make an "appearance" in Episode 11, depicted as a buffoonish, tropic and cheeseburger obsessed flunky of Loggins' and McDonald's fictional arch-nemesis, slimeball Hollywood executive Gene Balboa. 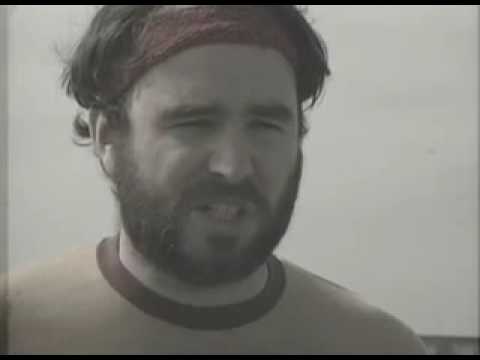