Dreamgirls is a 2006 American musical film, directed by Bill Condon and jointly produced and released by DreamWorks Pictures and Paramount Pictures.

The film debuted in three special road show engagements beginning December 15, 2006, with a nationwide release on December 25, 2006 and a home video release on May 1, 2007. Dreamgirls won three awards at the 64th Golden Globe Awards ceremony in 2007, including Best Picture - Musical or Comedy, and won two Oscars at the 79th Academy Awards.

A period piece set in the 1960s and 1970s with a primarily ensemble African-American cast, Dreamgirls is adapted from the 1981 Broadway musical of the same name. The musical was based on the history and evolution of American R&B music during the eras of doo-wop, soul, the Motown Sound, funk, and disco. In addition, the stage musical contains several allusions to the lives and careers of Motown Records act The Supremes, a connection the film version expands upon.[3] Dreamgirls follows the lives of Effie White, Deena Jones, and Lorrell Robinson, three young women who form an R&B singing trio from Detroit, Michigan called "The Dreamettes". Thanks to manipulative agent and record executive Curtis Taylor, Jr., the Dreamettes become famous as the backing group for soul singer James "Thunder" Early. Conflict arises when Curtis transforms "The Dreamettes" into the pop-friendly "Dreams," particularly when he has Deena replace Effie as both lead singer of the group and as his romantic interest.

The film adaptation of Dreamgirls stars Jamie Foxx, Beyoncé Knowles, Eddie Murphy, and Jennifer Hudson, who won the 2006 Academy Award for Best Supporting Actress for her portrayal of Effie White. The film also features Danny Glover, Anika Noni Rose, Keith Robinson, Sharon Leal, and Hinton Battle. Produced by Laurence Mark, Dreamgirls was adapted for the screen by director Bill Condon from the original Broadway book by Tom Eyen and the Broadway songs by Eyen and Henry Krieger. Four new songs, composed by Krieger with various lyricists, were added for this film. 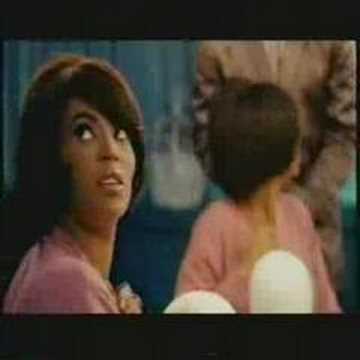