Among the teams hoping for a lucky bounce of the ping-pong ball were Cleveland, Denver, Memphis and Toronto.

Some even suggested that the Cavs dealt Andre Miller knowing the trade would weaken their club and thus improve their chances of landing the ultimate hometown hero in the draft. If that was indeed the team’s strategy, it worked. Cleveland got the top pick and grabbed LeBron. Though his contract with the Cavs was slotted in by the league’s rookie salary structure, he had no worries about money. In fact, estimates put his endorsement deals (with the likes of Nike, Coca-Cola and Upper Deck) at $100 million.

With his impressive record, it was no surprise that James was the first player picked in the 2003 NBA draft. The Cleveland Cavaliers signed the powerful young forward, and he proved to be a valuable addition to the then-struggling franchise. The team had ended the previous season in eighth place in the Eastern Conference. Around this time, James also signed several endorsement deals, including one with Nike for $90 million. 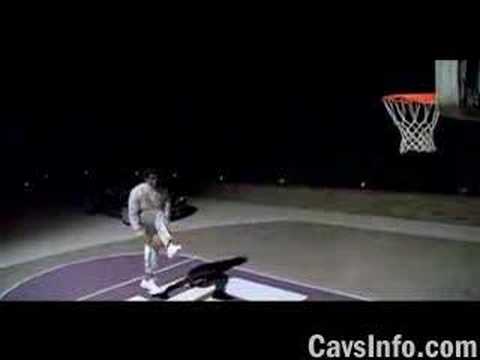