"In football or college basketball when this happens, people say, 'Isn't that great?' But when it happens in baseball, people criticize it. When the Yankees win every year, people hate the predictability. This is the unpredictability. Well, you cannot have it both ways. And quite frankly, I prefer the unpredictability. That's what makes this game the best sport in the world. There are just so many things you can't predict."
”

The 2006 World Series featured two of the most storied franchises in major league history doing battle - again. The venues might be new, but these teams were no stranger to each other as St. Louis and Detroit have met in the World Series twice before, with the Cardinals winning in seven games during the 1934 Fall Classic and the Tigers raising the trophy in similar fashion during the 1968 Fall Classic.

The Cardinals, who are playing in their seventeenth Fall Classic, are returning to the World Series after only a one-year absence, though they'd probably like to forget about that sweep by the Boston Red Sox in 2004. The Tigers, who are playing in their tenth Fall Classic, haven't been since 1984, when they beat the San Diego Padres in five games. Both clubs limped badly into the playoffs and each played below .500 baseball since the All-Star break, yet baseball fans can rejoice if parity is their cup of coffee as 2006 will give us our seventh different World Series champion in seven years.

ST. LOUIS -- Teams that win 83 games are supposed to spend the last week of October tackling those nasty doglegs left -- not winning the World Series.

Teams that have worse records after the All-Star break than the Pirates aren't supposed to spend the last week of October winning the World Series.

Teams that have the 13th-best record in baseball aren't supposed to win the World Series.

Teams that don't figure out who the closer is until Sept. 27 aren't supposed to win the World Series.

Red Schoendienst, who spent almost 30 years as a Cardinals manager and player, is cracking a smile. He is 83 now, a special assistant to Cards general manager Walt Jocketty, which, as far as Schoendienst can tell, means his job is to hit fungoes and avoid injury.

Standing on the Busch Stadium infield before the start of Game 4 of the 2006 World Series, in full uniform (he still wears No. 2) and toting a bat that looks as if it might have been used during his rookie year, Schoendienst considers the changes in today's game. He settles on the fact that World Series payouts now run about 120 times higher than they did 60 years ago. 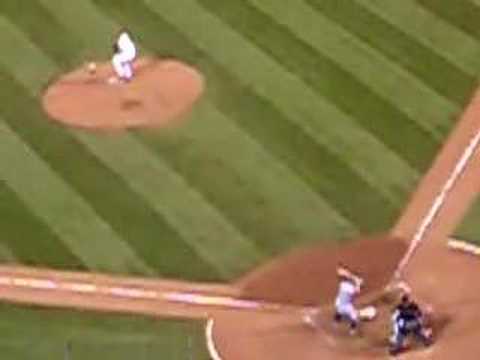