Inhuman Rampage is the third studio album by English power metal band DragonForce, the album was released on 9 January, 2006 and 20 June, 2006 in North America.

Assumptions have been made[who?] that Frédéric Leclercq was on this album due to the harsh vocals. It is, in fact, Lindsay Dawson who has been on this album[citation needed], performing the harsh vocals. In America, the album reached number 1 in the Billboards Heatseekers chart; it also reached #103 on the Billboard 200 chart; and its first single "Through the Fire and Flames" has received rock radio and Fuse TV airplay, as well as a place as playable track on the video game Guitar Hero III: Legends of Rock. The album has gone Silver in the UK, has sold 312,000 units in the US and more than half a million worldwide. A music transcription book was released for the album on 15 September, 2008 by Hal Leonard Publishing Corporation.

The band was introduced to the mainstream with their album Inhuman Rampage in 2006. The album featured "Through the Fire and Flames" and "Operation Ground and Pound" which are the band's biggest hits yet to date. Lindsay Dawson of Herman Li and Sam Totman's former band, Demoniac, appeared as backup vocalist for this album. Their song "Through the Fire and Flames" is one of their most famous songs and is featured on the game "Guitar Hero III: Legends of Rock". 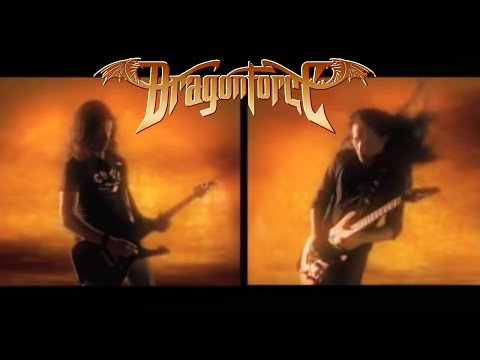