After suffering a stroke and mild heart attack in August 2005, Coretta Scott King died on 30 January 2006 while being treated at the Hospital Santa Monica in Mexico City.

Her funeral service was attended by 115,000 people, including President George W. Bush and the former presidents Bill Clinton and George H. W. Bush. Other attendees included famous civil rights activists and writers, celebrities, and an assortment of politicians. The service took on a political edge (to George Bush and the first lady's obvious discomfort) with pointed reminders of King's advocacy of nonviolence and occasional references to the war in Iraq. The six-hour service was completed with a eulogy delivered by her daughter, Bernice (who was five when Martin Luther King Jr. was assassinated in 1968), who said: “Thank you, mother, for your incredible example of Christ-like love and obedience. We're going to miss you.”

Coretta Scott King, aged 78, died in the late evening of January 30, 2006 at a rehabilitation center in Rosarito Beach, Mexico, where she was undergoing holistic therapy for her stroke and advanced stage ovarian cancer. The main cause of her death however, is believed to be respiratory failure due to complications from ovarian cancer. The clinic at which she died was called the Hospital Santa Monica, but was licensed as Clinica Santo Tomas. Newspaper reports indicated that it was not legally licensed to "perform surgery, take X-rays, perform laboratory work or run an internal pharmacy, all of which it was doing." It was also founded, owned, and operated by San Diego resident, and highly controversial alternative medicine figure, Kurt Donsbach. Days after Mrs. King's death, the Baja California, Mexico state medical commissioner, Dr. Francisco Vera, shut down the clinic. 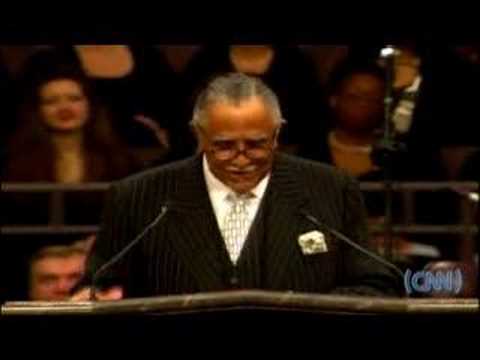 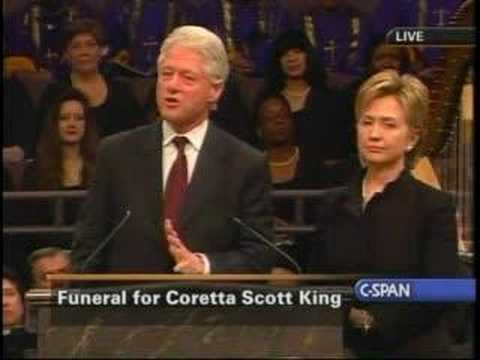