Although Penn had used multiple drugs in the past, an autopsy performed by a Los Angeles County Medical Examiner revealed the primary cause of death was "nonspecific cardiomyopathy" (heart disease), with the prescription drug promethazine with codeine and an enlarged heart being possible contributing circumstances. Sean Penn has said publicly in a TV interview that his brother died because of his weight.

There is conflicting information about Chris Penn’s age at the time of death, with some obituaries giving 1962 as his year of birth. His mother indicated that his date of birth was October 10, 1965, in the book about one of his brothers, Sean Penn: His Life and Times by Richard T. Kelly (2004).

Penn is interred in the Holy Cross Cemetery in Culver City, California.

Reservoir Dogs is a 1992 crime film that is the debut film of director and writer Quentin Tarantino. It portrays what happens before and after a botched jewel heist, but not the heist itself. Reservoir Dogs stars an ensemble cast with Harvey Keitel, Steve Buscemi, Tim Roth, Michael Madsen, Quentin Tarantino, Chris Penn and Lawrence Tierney. Tarantino has a minor role, as does criminal-turned-author Eddie Bunker. It incorporates many themes and aesthetics that have become Tarantino's hallmarks: violent crime, pop culture references, memorable dialogue, profuse profanity, and a nonlinear storyline. 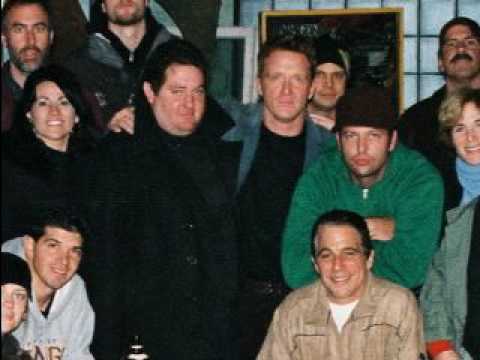