The vehicle was unveiled in 2005 Frankfurt Motor Show.

The W221 S-Class' exterior styling is distinctly different to the W220. The rear styling is similar to the Mercedes-Benz Maybach - the larger saloon from Daimler AG's flagship brand, which was presented to public in 1997.
Inside, the W221's interior is also significantly different from the preceding model. The interior features an instrument cluster shroud that also contains the navigation screen, with silver effect air vents below, and a square, analog clock within the vents. Below the vents are metal tab switches with a black field behind them, to control the HVAC system. On the center console, a metal control wheel for the COMAND system sits above a piece of wood, surrounded by metal buttons. Throughout the interior, many buttons are metal, with black fields above them denoting the switches' function.
The W221 is slightly larger in all dimensions than the W220, with a longer wheelbase and more interior room.

2009 facelift
The revised 2009 S-Class was announced on Apr 08, 2009 at Stuttgart. The minor model update includes minor cosmetic changes and several new features:
Adaptive Highbeam Assist - detects vehicles with their lights on which are travelling towards or ahead of the car in which the system is fitted and controls the headlamps to ensure the largest possible range without dazzling other drivers.
Blind spot monitor
Lane Keeping Assist - detects road markings and senses if the driver is inadvertently straying out of the lane. If so, the driver is warned by short vibrations of the steering wheel. This system can also distinguish between intentional (for example, overtaking or merging) and unintentional lane departures, reducing the number of false alarms.
Speed Limit Assist - identifies speed limit signs in passing and shows the relevant speed limit in the central display. It is standard for S 600.
Attention Assist - continuously monitors more than 70 different parameters to detect driver fatigue and tiredness. Once the system detects behaviour that typically indicates the onset of drowsiness, a warning signal is sounded and "ATTENTION ASSIST. Break!" appears in the instrument cluster. It is not standard on the S 400 HYBRID.
Active Body Control (ABC) crosswind compensation - uses the sensors of the Electronic Stability Program (ESP) to vary the wheel load distribution via the ABC spring struts, depending on the direction and intensity of the crosswind, in order to reduce the adverse effects of crosswinds. This is standard on the S 600.
Torque Vectoring Brake - brakes the inside rear wheel during cornering to enhance handling and safety by reducing understeer.
The updated models went on sale in June 2009. Early models include S 350 CDI BlueEFFICIENCY, S 450 CDI, S 350, S 400 HYBRID, S 450, S 500, S 600.

ESF 2009 (2009)
It is a safety research vehicle based on S 400 HYBRID, but with braking bag, Interactive Vehicle Communication.
The vehicle was unveiled in Enhanced Safety of Vehicles (ESV) Conference in Stuttgart.

It was based on the Mercedes Benz S 600 L Guard, but in limousine form with an extra-long wheelbase. It includes a rear entrance with increased headroom, 4 seats behind driver partition. Other features included reinforcement of the links between the suspension components and the bodyshell, specifically targeted modification of the suspension components themselves, an additional brace (strut tower brace) between the front suspension struts, two additional steel springs at the rear to complement the air suspension, larger twin-calliper front brake discs.
The vehicles were delivered beginning in late 2008. The production launch marked the 80th anniversary of the Mercedes-Benz special-protection unit.

The latest W221 Mercedes is by all means, a very big car undeniably. But the way it has been designed, the sporty fender curve and sculptured wheel arches, the lowered front and raised rear, those big tail lights that hides space so well, those fender forming headlights and sculptured front hood, flush sloping roof lines and well positioned wheels have managed to hide some of its largeness and mass pretty well. Unlike the W220 it replaces, this design; the W221 has no “clumsy issue” with the overall character, shape and looks. Back in 1993 Mercedes got that right with my all time favorite W140, but they lose out on things by the time they came up with the W220 design.

In my opinion, the W220 was a flop (as well too with the rear air suspension) and even the Koreans came up with better design. It was rushed through the design pace, it was subjected for the first time to rigid Mercedes cost cutting measures and some of its technologies were flawed. Mercedes somehow rectified all that with the later years W220. So if you are buying a used W220, know that a total suspension replacement would be around RM20, 000 to 25, 000. Reverse parking with the W220 is super tough to get right without the reverse camera. Try it yourself and see. The car sits too low and insignificant on the roads and it’s hard to guess the size in tight spots. This to me was a total failure from Mercedes right next to their late 90’s first range A series.

Compared to the model it replaced, the new S Class with a CD of 0.27 is bigger in all portions. The W221 short/long wheel base is 33mm and 43mm longer than the W220 short/long wheel base, and it is 70mm to 80mm at the wheel base just as well. It is in addition 17mm wider and nearly 30mm taller that the W220 model. I was hoping to see some Maybach characters in the W221 such as the awesome inner roof composition out of the massive panoramic roof and the Maybach “External Microphone” system which would allow rear/front occupants to communicate with people outside via in-built microphone and speakers without them having to lower their windows - that would have been cool. But the S350L does come with MB Lingua-Tronic software, an adaptive voice recognition system that MB has been working on since 1984 with the W201 model for disabled drivers. The W221 does however, brings along with it glass panoramic roof but that is a scaled down version and not the actual Maybach 62 Type 12 multi-paned “fuzzy logic” unit and missing too are rear VDO ceiling displays as is found in the Maybach 57 Type 12. But hold those flying bricks: there is more gizmo in the W221 than in the Maybach for you to play with! You get Lane-Staying monitoring device to keep you safely tucked in your lane during sleepy late night blitz out of Las Vegas heading for LA and you also get the new Crosswind-Stability software that does just that quite well so you wont feel like driving anything big on small wheels say around the crosswind prone hilly passes on PLUS near Bukit Berapit. Remember that one? Ahh...nostalgia for home again; like a good cup of aromatic hot roasted coffee on a cold morning somewhere. 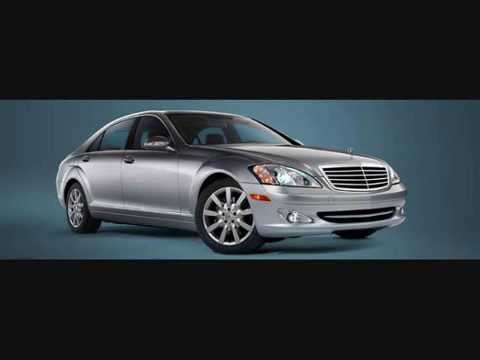