At approximately 6:10 a.m., Central Daylight Time, on August 29, 2005, Hurricane Katrina, a Category 4 storm packing winds of 145 m.p.h., made landfall out of the Gulf of Mexico near Buras, Louisiana, and headed north towards the historic city of New Orleans, Louisiana, and the state of Mississippi. At 8:14 a.m., the New Orleans office of the National Weather Service issued a flood warning stating that the city’s Industrial Canal levee had been breached. Within an hour, the neighborhood known as the Lower Ninth Ward was under six-to-eight feet of water. By then the 17th Street Canal levee had failed as well, and the waters began to rise relentlessly throughout the city. Other levees and floodwalls failed also. By the next day, eighty percent of New Orleans lay underwater, in some areas to a height of twenty feet. And Katrina had moved on, still bearing winds of 120 m.p.h., to wreak havoc across the central Gulf Coast of the United States.

Placed between a great river and a lake, New Orleans had fought hurricanes and flooding since its founding in 1717. Only two years later, a hurricane all but destroyed it. Yet New Orleans survived, as it had survived wars and changes of empire, to become a great and beautiful city, justly famed for its extraordinary braiding of cultures, the architecture of its romantic French Quarter and its humble shotgun houses, its distinctive creole cuisine, and perhaps most of all, its importance as the birthplace of jazz.

Hurricane Katrina of the 2005 Atlantic hurricane season was the costliest hurricane, as well as one of the five deadliest, in the history of the United States. Among recorded Atlantic hurricanes, it was the sixth strongest overall. Hurricane Katrina formed over the Bahamas on August 23, 2005, and crossed southern Florida as a moderate Category 1 hurricane, causing some deaths and flooding there before strengthening rapidly in the Gulf of Mexico. The storm weakened before making its second landfall as a Category 3 storm on the morning of Monday, August 29 in southeast Louisiana. It caused severe destruction along the Gulf coast from central Florida to Texas, much of it due to the storm surge. The most severe loss of life and property damage occurred in New Orleans, Louisiana, which flooded as the levee system catastrophically failed, in many cases hours after the storm had moved inland. The federal flood protection system in New Orleans failed at more than fifty places. Nearly every levee in metro New Orleans was breached as Hurricane Katrina passed just east of the city limits. Eventually 80% of the city became flooded and also large tracts of neighboring parishes, and the floodwaters lingered for weeks. At least 1,836 people lost their lives in the actual hurricane and in the subsequent floods, making it the deadliest U.S. hurricane since the 1928 Okeechobee Hurricane. Economist and Crisis Consultant Randall Bell, brought into the area after the levee failures, writes in his book, Real Estate Damages, "Hurricane Katrina in 2005 was the largest natural disaster in the history of the United States. Preliminary damage estimates were well in excess of $100 billion, eclipsing many times the damage wrought by Hurricane Andrew in 1992." The storm is estimated to have been the costliest tropical cyclone in U.S. history. 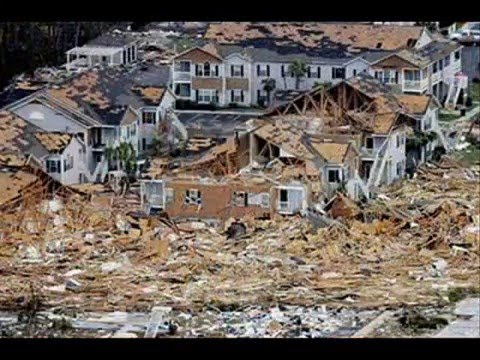 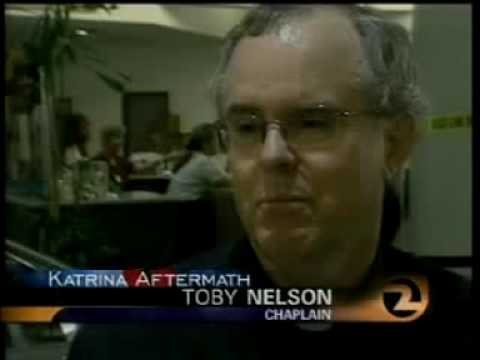