At least 38 people were killed yesterday and more than 700 injured as terrorists struck at the heart of London, causing the biggest loss of life in a terrorist attack on mainland Britain.

In a series of coordinated strikes, explosive devices were detonated on three underground trains and a bus travelling through central London during the morning rush hour.

Last night it was feared the death toll could rise, with the explosions leaving many people seriously injured.

The three London Underground explosions occurred within seconds of each other at about 8.50am, the Metropolitan Police said today.

Brian Paddick, the deputy assistant commissioner, said the revised timings were made after reviewing technical records from Transport for London.

The records suggest that timers rather than individuals may have set off the devices, but Mr Paddick stressed that no line of enquiry had been ruled out.

It was originally thought that the Edgware Road bomb was detonated at 9.17am, but it transpired that this was when police were first called about an explosion, and there had been earlier calls about other incidents. The Tavistock Square bus bomb timing remains at 9.47am.

There was initially a great deal of confused information from police sources as to the origin, method, and even timings of the explosions. Forensic examiners had initially thought that military grade plastic explosives were used, and, as the blasts were thought to have been simultaneous, that synchronized timed detonators were employed. This changed as further information became available. Home-made organic peroxide-based devices were used, according to a May 2006 report from the British government's Intelligence and Security Committee.

Fifty-six people, including the four suicide bombers, were killed in the attacks and about 700 were injured, of whom about 100 required overnight hospital treatment or more. The incident was the deadliest single act of terrorism in the United Kingdom since Lockerbie (the 1988 bombing of Pan Am Flight 103 which killed 270), and the deadliest bombing in London since the Second World War. More people were killed in the bombings than in any single Provisional IRA attack (in Great Britain or Ireland) during The Troubles.

Police examined about 2,500 items of CCTV footage and forensic evidence from the scenes of the attacks. The bombs were probably placed on the floors of the trains and bus.

Long before bombings ripped through London on Thursday, Britain had become a breeding ground for hate, fed by a militant version of Islam.

For two years, extremists like Sheik Omar Bakri Mohammed, a 47-year-old Syrian-born cleric, have played to ever-larger crowds, calling for holy war against Britain and exhorting young Muslim men to join the insurgency in Iraq. In a newspaper interview in April 2004, he warned that "a very well-organized" London-based group, Al Qaeda Europe, was "on the verge of launching a big operation" here.

In a sermon attended by more than 500 people in a central London meeting hall last December, Sheik Omar vowed that if Western governments did not change their policies, Muslims would give them "a 9/11, day after day after day." 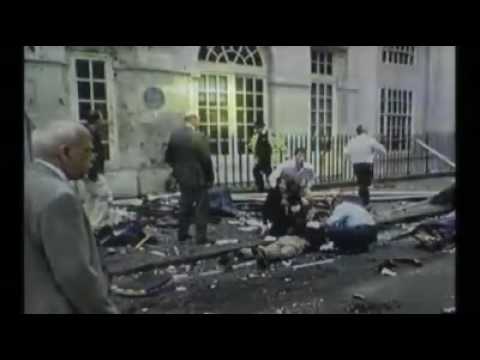 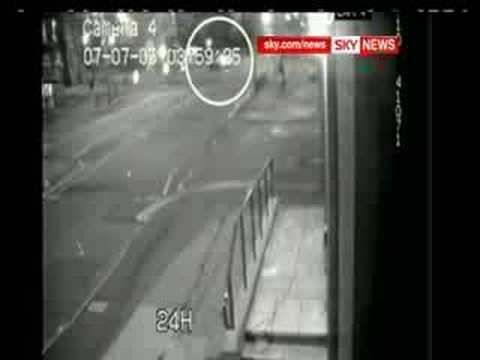 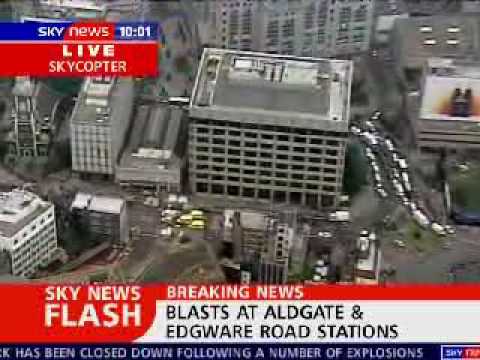