It comprised 21 stages over 3607 km, the winner's average speed was 41.654 km/h. The first stages were held in the département of the Vendée, for the third time in 12 years. The 2005 Tour was announced on October 28, 2004. It was a clockwise route, visiting the Alps before the Pyrenees. The 2005 Tour saw Lance Armstrong make history by winning the Tour for an unprecedented seventh time, all of which were won consecutively.
The race was seen by 15 million spectators along the road, and by 2 billion viewers on tv.

But he survived the scare to finish safely four minutes clear of Ivan Basso overall with Jan Ullrich in third spot.

But the day belonged to Armstrong, who rode into retirement with a record seventh win in cycling's most prestigious event.

And in the following years, he beat the likes of Marco Pantani, Joseba Beloki, Basso and rival-in-chief Ullrich to retain his title time and again.

Despite speculation that he might struggle to keep focused in his final year of competition, Armstrong was never troubled in 2005.

He took a minute out of Ullrich on the opening day and assumed absolute control of proceedings on stage 10 - a brutal Alpine slog to Courchevel - before signing off with a dominant time-trial win on the penultimate stage.

But Armstrong managed to put out his right foot to avoid tumbling into his compatriot.

And organisers responded by taking the unusual step of stopping the race clock after the first of eight laps through the streets of Paris because of the poor weather.

This made Armstrong's victory safe and looked likely to leave the sprinters with a hair-raising dash to stage glory.

But Vinokourov - one of the most aggressive riders of the Tour - cheated the fast-finishers with a well-timed move 2km out to claim a memorable win and leapfrog Levi Leipheimer into fifth place overall.

Speaking from the podium after his farewell triumph, Armstrong paid tribute to his closest rivals and his team.

"I couldn't have done this without the team behind me - I owe them everything," said the American.

"Ullrich is a special rival and a special person and Basso is almost too good of a friend to race - he may be the future of the Tour."

Armstrong ended with an appeal to cycling's critics in an era dogged by drugs controversies.

"You should believe in these people [the cyclists]. There are no secrets.

"This is a hard Tour and hard work wins it. Vive Le Tour." 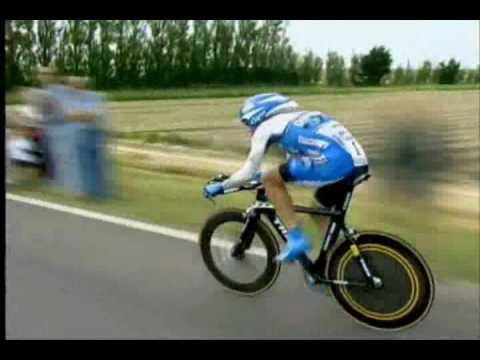 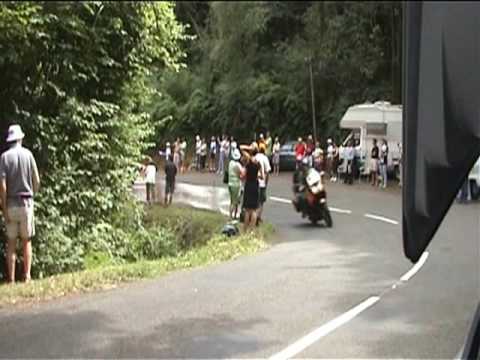