Much to the delight of gay and straight New Yorkers, yesterday's steamy weather meant that there was more reason for marchers in the Gay Pride Parade to go shirtless.

If you were downtown, everywhere people would turn there was bound to be a fairly naked, glistening body. New Yorkers enjoyed themselves, and some noted how the parade has become "mainstreamed." The parade was started as to mark the Stonewall uprising in 1969, and some who marched in the first pride parade 36 years ago marched again yesterday.

The signs were affixed to barricades, mounted on sticks, and held high by cheering spectators. On one block alone, more than 70 were visible. Marching down Fifth Avenue yesterday, Mayor Bloomberg was surrounded on all sides by a near-wall of posters reading "Mike Bloomberg With Pride." 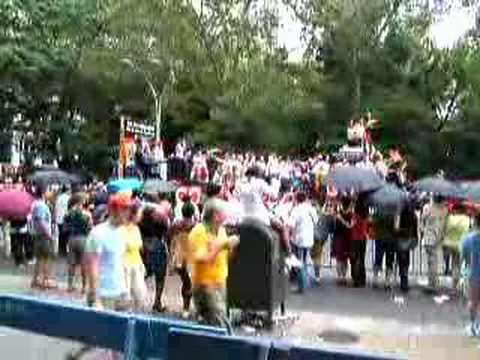 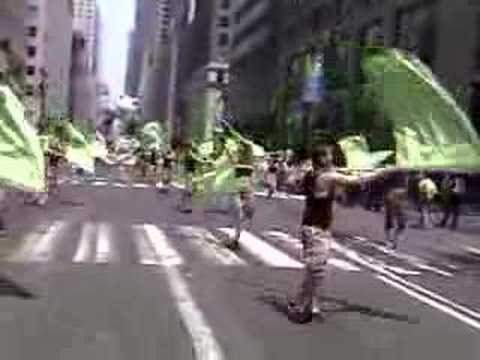