Type 2 Diabetes Mellitus BYETTA is indicated as an adjunct to diet and exercise to improve glycemic control in adults with type 2 diabetes mellitus.

Important Limitations of Use

BYETTA is not a substitute for insulin. BYETTA should not be used in patients with type 1 diabetes or for the treatment of diabetic ketoacidosis, as it would not be effective in these settings.

The concurrent use of BYETTA with insulin has not been studied and cannot be recommended.

Byetta is used to treat type 2 (non-insulin dependent) diabetes. Other diabetes medicines are sometimes used in combination with Byetta if needed.

Although taken by injection, exenatide (Byetta) is not insulin. Byetta improves blood sugar control by mimicking the action of the hormone incretin. Among other things, Byetta allows insulin to work more effectively in the body.

Byetta not only improves blood sugar control but may also lead to weight loss. It's unclear exactly how Byetta causes weight loss, but one effect of the drug is that it delays the movement of food from the stomach into the small intestine. As a result, people taking Byetta may feel "full" faster and longer, so they eat less.

If you have type 2 diabetes, a healthcare provider may prescribe Byetta to help lower blood sugar levels. The drug comes in the form of an injection. The injection is given twice a day and is administered just under the skin of the thigh, abdomen, or upper arm. As with any medication, there are potential side effects of Byetta, such as nausea, diarrhea, and dizziness. 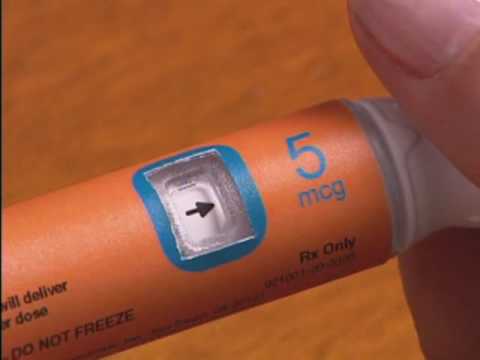