On 31 March 2005 Pope John Paul II developed septic shock, a widespread form of infection with a very high fever and profoundly low blood pressure, but was not taken to the hospital.

Instead, he was offered medical monitoring by a team of consultants at his private residence. This was taken as an indication that the pope and those close to him believed that he was nearing death; it would have been in accordance with his wishes to die in the Vatican. Later that day, Vatican sources announced that John Paul II had been given the Anointing of the Sick by his friend and secretary Stanisław Dziwisz. During the final days of the Pope's life, the lights were kept burning through the night where he lay in the Papal apartment on the top floor of the Apostolic Palace. Tens of thousands of people assembled and held vigil in St. Peter's Square and the surrounding streets for two days. Upon hearing of this, the dying pope was said to have stated: “I have searched for you, and now you have come to me, and I thank you.”
On Saturday 2 April 2005, at about 15:30 CEST, John Paul II spoke his final words, “pozwólcie mi odejść do domu Ojca”, (“Let me go to the house of the Father”), to his aides in his native Polish and fell into a coma about four hours later. The mass of the vigil of the Second Sunday of Easter commemorating the canonisation of Saint Maria Faustina on 30 April 2000, had just been celebrated at his bedside, presided over by Stanisław Dziwisz and two Polish associates. Also present at the bedside was a cardinal from the Ukraine who served as a priest with John Paul in Poland, along with Polish nuns of the Congregation of the Sisters Servants of the Most Sacred Heart of Jesus, who ran the papal household. He died in his private apartment, at 21:37 CEST (19:37 UTC) of heart failure from profound hypotension and complete circulatory collapse from septic shock, 46 days short of his 85th birthday. John Paul had no close family by the time he died, and his feelings are reflected in his words, as written in 2000, at the end of his Last Will and Testament:
“ “As the end of my earthly life approaches, I return with my memory to its beginning, to my parents, my brother and the sister (whom I never knew because she died before my birth), to the Parish of Wadowice where I was baptised, to that city I love, to my peers, friends from elementary school, high school and the university, up to the time of the occupation when I was a worker, then in the Parish in Niegowic, to St Florian's in Kraków, to the pastoral ministry of academics, to the milieu of... to all milieux... to Kraków and to Rome... to the people who were entrusted to me in a special way by the Lord.”

A view from within the congregation at the Requiem Mass, 8 April 2005
The death of the pontiff set in motion rituals and traditions dating back to medieval times. The Rite of Visitation took place from 4 April to 7 April at St. Peter's Basilica. The Testament of Pope John Paul II published on 7 April revealed that the pontiff contemplated being buried in his native Poland but left the final decision to The College of Cardinals, which in passing, preferred burial beneath St. Peter's Basilica, honouring the pontiff's request to be placed "in bare earth". The Mass of Requiem on 8 April was said to have set world records both for attendance and number of heads of state present at a funeral. (See: List of Dignitaries) It was the single largest gathering of heads of state in history, surpassing the funerals of Winston Churchill (1965) and Josip Broz Tito (1980). Four kings, five queens, at least 70 presidents and prime ministers, and more than 14 leaders of other religions were attending alongside the faithful. It is also likely to have been the largest single pilgrimage of Christianity in history, with numbers estimated in excess of four million mourners gathering in Rome. From 250,000 to 300,000 watched the event from within the Vatican walls. The Dean of the College of Cardinals, Joseph Cardinal Ratzinger, who would become the next pope, conducted the ceremony. John Paul II was interred in the grottoes under the basilica, the Tomb of the Popes. He was lowered into a tomb created in the same alcove previously occupied by the remains of Pope John XXIII. The alcove had been empty since Pope John's remains had been moved into the main body of the basilica after his beatification.

VATICAN CITY (CNN) -- Pope John Paul II was remembered Saturday as a "champion of human freedom," a "tireless advocate of peace" and a man with a "wonderful sense of humor" who was easy to talk to.

"The Holy Father's final hours were marked by the uninterrupted prayer of all those who were assisting him in his pious death and by the choral participation in prayer of the thousands of faithful who for many hours had been gathered in Saint Peter's Square," a Vatican statement said.

Archbishop Stanislow Dziwisz presided over a Mass for the pontiff in his final hours.

"During the course of the Mass that the viaticum (communion for the dying) was administered to the Holy Father and, once again, the sacrament of anointing the sick," the statement said.

Archbishop Leonardo Sandri asked for a few moments of silence as he announced the death to the thousands of faithful who had congregated in St. Peter's Square. People in the crowd bowed their heads to pray, some of them in tears.

Then they burst into applause.

"Let perpetual light shine on him, and let him repose in peace," Sandri said.

The pope was known for his energy, intellectualism and activism on the global stage, but he was slowed in recent years by Parkinson's disease and crippling arthritis.

His health had deteriorated severely during the past few weeks. By Saturday, John Paul was slipping in and out of consciousness after his heart and kidneys started to fail in the wake of a urinary tract infection. (Full story)

Vatican spokesman Joaquin Navarro-Valls said that despite his precarious health, the pope had decided to remain in his residence at the Vatican, rather than returning to Gemelli hospital in Rome, where he had been hospitalized twice since February.

He was administered the sacrament of anointing the sick, formerly known as last rites or extreme unction, Thursday night.

Navarro-Valls said the papal transition process is under way, as part of the procedures the pontiff enacted in 1996. (Rituals ahead)

Pilgrims, tourists and Italians filled St. Peter's Square on Saturday, hours after tens of thousands of people packed the vast space in a nighttime vigil.

Thousands of people gathered in Krakow, Poland -- where John Paul served as archbishop before becoming pope -- at the archbishop's residence. People in the crowd prayed for their fellow Pole.

In the United States, President Bush said his country loved the pontiff.

"The Catholic Church has lost its shepherd," Bush said at the White House, with his wife, Laura, standing alongside him. "The world has lost a champion of human freedom, and a good and faithful servant of God has been called home.

Pope John Paul II died today at age 84, Vatican officials said. One of the most influential leaders of the 20th and early 21st centuries, he worked tirelessly to build a moral foundation in the modern world, while playing a crucial role in overthrowing communism and fostering peace.

Papal spokesman Joaquin Navarro-Valls announced the pope's death in a statement that was distributed to journalists via e-mail: "The Holy Father died this evening at 9:37 p.m. (2:37 p.m. ET) in his private apartment. All the procedures outlined in the apostolic Constitution 'Universi Dominici Gregis' that was written by John Paul II on Feb. 22, 1996, have been put in motion."

Cardinal Giovanni Battista announced the pontiff's death tens of thousands of people who had gathered in St. Peter's Square in a vigil for the pope.

"Dearest brothers and sisters, at 21:37, our beloved Father John Paul II has returned to the house of his Father. Let's pray for him," Battista said.

Onlookers fell silent once the pope's death was announced. Then in an Italian traditional salute, some clapped in tribute to the pope. Only the slow tolling of one of the great bells of St. Peter's Basilica could be heard. On Sunday, in honor of Pope John Paul II's memory, the mass to celebrate the Feast of the Divine Mercy will be celebrated in St. Peter's Square.

The College of Cardinals will meet Monday in advance of the process to decide John Paul's successor. After the official nine-day mourning period ends, the cardinals will hold a secret vote in the Sistine Chapel to choose a successor. According to Vatican tradition, the process will begin no later than 20 days following the pope's death. 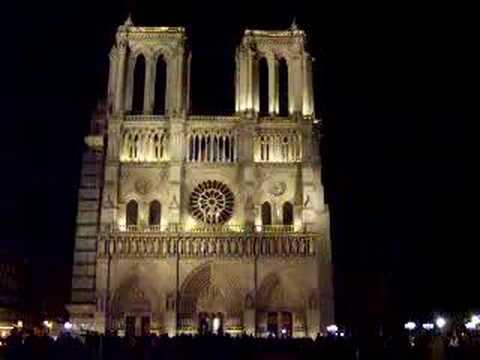