It began on March 15, 2005, and ended with the championship game on April 4 from Edward Jones Dome in St. Louis, Missouri.

North Carolina won its fourth national title with a 75-70 win in the championship game over Illinois. North Carolina's Sean May was named the tournament's Most Outstanding Player.

Finally, Roy Williams had a good reason to cry.

Stymied so many times before in his pursuit of a title, the longtime coach broke through Monday night. The tears this time were tears of joy, the result of North Carolina's 75-70 victory over Illinois that finally gave Williams the national championship that was missing from his otherwise stellar 17-year career.

"I'm just so happy for myself, my family," Williams said. "These seniors ... they took me for a heck of a ride."

Sean May had 26 points and the Tar Heels didn't allow a basket over the final, excruciating 2½ minutes.

Freshman Marvin Williams had a tip-in with 1:26 left, Raymond Felton made three free throws down the stretch and the Tar Heels (33-4) won their first title since 1993, back when Dean Smith was coaching and Williams was at Kansas, in the middle of his Final Four futility.

"He is the greatest coach," Felton said. "If he retired tomorrow, I would vote for him for the Hall of Fame. He told us he would bring us a championship and we did it as a team."

The University of North Carolina has captured college basketball's national championship by defeating the University of Illinois 75-70, Monday night in a thriller at the Edward Jones Dome in Saint Louis.

It was supposed to be a dream match-up - top-ranked Illinois against number-two North Carolina. But it was a nightmare for Illinois in the first half, as the team shot a miserable 27-percent from the floor, while North Carolina made more than 55-percent of its shots for a 40-27 half-time lead.

Even so, Illinois turned things around in the final 20 minutes. After falling behind by as much as 15 points, the Fighting Illini went on a 10-0 run and cut the Tar Heels' lead to four points. it kept battling and managed to tie the game at 70-70 with 2:40 left. Illinois Coach Bruce Weber says his team gave everything it had.

"Came back valiantly, played our hearts out in the second half," said Coach Weber. "Told the kids they should not hang their head. And you know, we had some chances down the stretch - we just could not get it down."

The game remained tied until Tar Heels guard Raymond Felton stole a pass from Luther Head and made a three point shot, with just 25 seconds left. North Carolina scored its last two points on free-throws to make the final 75-70. 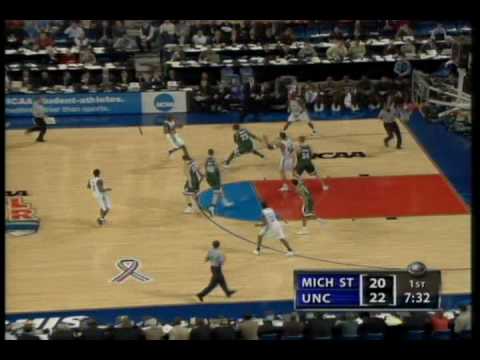 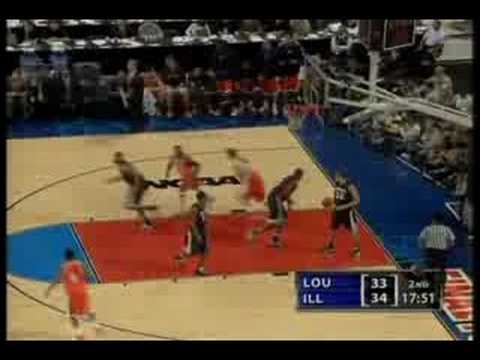 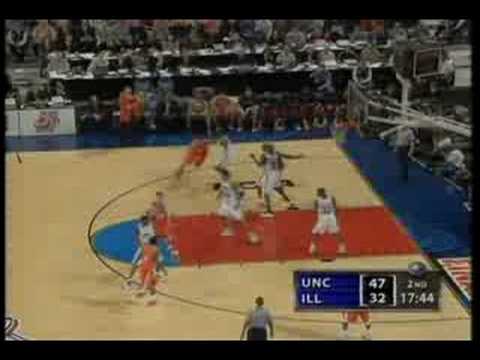