The 77th Academy Awards honored the best films of 2004 and were held on February 27, 2005, at the Kodak Theatre in Hollywood, California.

They were hosted by comedian Chris Rock.

The nominees were announced on January 25, 2005. Martin Scorsese's biopic of the eccentric Howard Hughes, The Aviator, led the pack with eleven nominations including Best Actor, Best Director, and Best Picture. Marc Forster's Finding Neverland and Clint Eastwood's Million Dollar Baby each had seven nominations. Ray and Sideways rounded out the nominees for Best Picture.

The 77th Academy Awards was the first Oscar telecast since the 72nd Academy Awards to receive a TV rating of TV-14. This is most likely due to many "edgy" comments made by Chris Rock during the ceremony. Since this, every future telecast to date would receive a TV-14 rating. 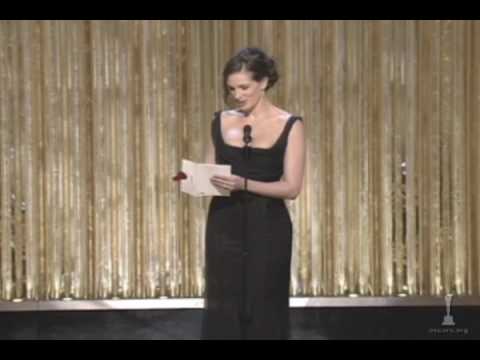