U2 releases "Original of the Species" single

"Original of the Species" is the tenth track on U2's 2004 album, How to Dismantle an Atomic Bomb, and was the fifth and final single from the album.

A live video clip of this song from the DVD Vertigo 2005: Live From Chicago is featured in a television commercial promoting the video capable Apple iPod. During that performance, Bono dedicates it to his two daughters. He also said he believes this to be the best song on their latest album. In concerts in December 2005, Bono has said the song is one of many influenced by John Lennon's music. The music video for the future single has animated computer-generated imagery done by Spontaneous, something unprecedented for U2 videos.

The song was added to the playlists of thirteen alternative rock radio stations. However, it failed to break the top 40, thus not charting on the Modern Rock Tracks chart. Instead it hovered around #60, rising to #55 in mid-January. However, it never gained enough airplay to enter the chart, continuing a trend set by "City of Blinding Lights", which also failed to chart. It was slated for a UK release and was playlisted by Xfm London, Virgin Radio, and made the B-List of BBC Radio 2.

In concert form during the Vertigo Tour, the song was played with The Edge on piano, often accompanied by Bono on acoustic guitar. On rare occasions, it was played with The Edge on electric guitar, in a performance which was accompanied by a pianist and full orchestra, much similar to the performance of the album, and one of those performances was at their show in Milan, Italy in July 2005, which appeared on the Vertigo 05: Live from Milan bonus DVD for U2's 2006 compilation U218 Singles. 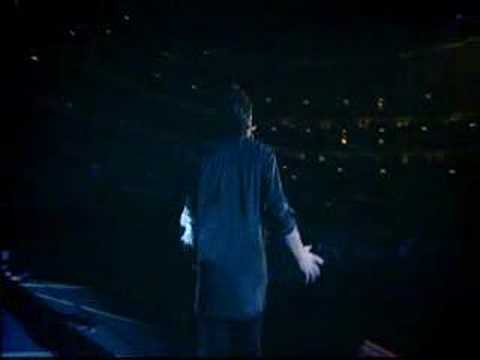 View other events that happened in November 2005