Paraguayan churches have swung into action to assist families of those who were killed in the blaze that swept through a shopping center in Paraguay Sunday leaving 464 dead, 130 still missing, and another 454 hospitalized as of August 3. According to Public Health Minister Julio Cesar Velazquez, of those hospitalized after the fire, 230 were still being treated Wednesday.

The blaze that swept through the Ycua Bolanos market on Sunday, August 1, in Santisima Trinidad, a working-class suburb of the capital, Asuncion, began when a gas tank exploded near a food court. Compounding casualties in the packed store was a reported order from store management to lock the building’s doors to prevent looting after the fire began.

The Ycuá Bolaños supermarket fire was a disastrous fire that occurred on Sunday, August 1, 2004 in Asunción, Paraguay. The three-story Ycuá Bolaños V supermarket and commercial complex, which included a restaurant, offices, and an underground parking garage, caught fire, causing two explosions on the first floor. The fire burned for seven hours before firefighters were able to extinguish it. Initially, it was reported that at least 464 people died, including many children. The final death toll is 394 (leaving 204 orphans), including 9 disappeared and nearly 500 people injured. The cause was believed to be a faulty barbecue chimney that leaked hot flammable gases into the ceiling, which ignited.

Several survivors of the fire and volunteer firefighters alleged that, when the fire broke out, doors within the complex were deliberately closed under the direction of the owners, Juan Pío Paiva and his son, Víctor Daniel, trapping people inside, in order to prevent people from fleeing with merchandise without paying for it. The management of the shopping center denied the charge. Paiva, his son and a security guard surrendered to the police and were formally charged.

The court sentenced the owner, his son, a security guard and a major shareholder in the Ycua Bolanos V supermarket to prison terms ranging from 2-1/2 years to 12 years, sparking outrage from survivors and victims' families.

In addition to the large death toll, at least 400 people were injured when the supermarket burned down in August 2004 after a fire started in a chimney that investigators said was poorly built and poorly maintained.

The court sentenced the owner of the supermarket, Juan Pio Paiva, to 12 years in prison and his son Victor Daniel Paiva to 10 years. Store security guard Daniel Areco was sentenced to five years and shareholder Humberto Casaccia received a sentence of two and a half years. 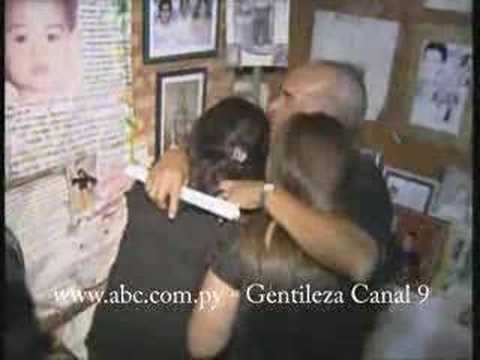 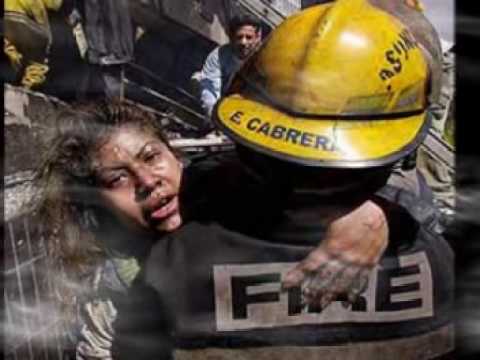