It consisted of 20 stages over 3429 km.[1]
Lance Armstrong became the first to win six Tours de France.
Armstrong was favored to win, his competitors seen as being German Jan Ullrich, Spaniards Roberto Heras and Iban Mayo, and fellow Americans Levi Leipheimer and Tyler Hamilton.
The route of the 2004 Tour was remarkable. With two individual time trials scheduled in the last week, one of them the climb of Alpe d'Huez, the directors were hoping for a close race until the end. For the first time in years, the mountains of the Massif Central made an appearance.

Lance Armstrong finished safely on the final day of the Tour de France to seal a record-breaking sixth race victory.

Tom Bonnen claimed the glamour leg on the streets of Paris, while Robbie McEwen took the green points jersey.

Armstrong's victory was never in doubt on what was a largely processional last stage.

And, flanked by his hard-working US Postal team-mates, he looked very relaxed throughout, even finding time to drink a glass of champagne in the saddle.

The 32-year-old American, whose winning margin slipped to six minutes and 19 seconds, has won the last six Tours since the late Marco Pantani's sole victory in 1998.

And he will have the chance to make it seven in a row in 2005, although he has yet to commit to riding in that race.

Armstrong admitted that he had been a bit surprised at how easy the sixth win had been.

"We never had a sense of crisis, only the stress of the rain and the crashes in the first week," he said.

"I was surprised that some of the rivals were not better. Some of them just completely disappeared."

The Texan added, however, that his milestone would take a long time sink in,

"It might take years. I don't know. But six times, standing on the top step on the Champs Elysees is really special," he said.

Below Armstrong in the overall classification, Kloden, 28, completed a fine Tour de France by beating his T-Mobile leader Ullrich to finish as runner-up.

CSC's Basso split the Germans by hanging on in Saturday's time trial to take third spot on the Paris podium.

Much of Sunday's excitement revolved around the green jersey battle, with Robbie McEwen, Thor Hushovd, Erik Zabel, Stuart O'Grady and Danilo Hondo starting within 37 points of each other.

Once McEwen had won the first intermediate sprint of the day, only he and Hushvold looked likely to win the title.

But on the Champs Elysees, both were pipped by Boonen, who led last year's winner Jean-Patrick Nazon and Hondo over the line with McEwen fourth, Zabel fifth and Hushovd well adrift.


Virenque seals mountain record
Frenchman Richard Virenque had already sealed his record-breaking seventh King of the Mountains title and added to it the Tour's combativity prize. 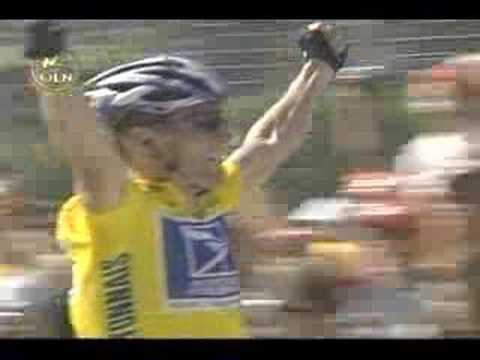 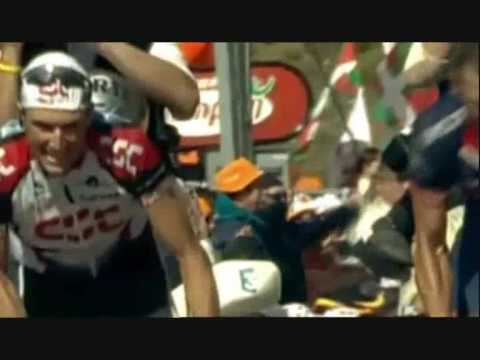