Organizers of the 35th annual Chicago Gay Pride Parade note there has never been a rain-out in the parade’s long history. (Photos)

Former NFL player Esera Tuaolo served as special guest/grand marshal for the Parade. Tuaolo said that the honor far outweighs his gridiron glories. “I have always dreamed about being ‘out and proud!’ I keep pinching myself to confirm that this is real,” Tuaolo told ChicagoPride.com before the parade. “Thank you Chicago for all your support!” 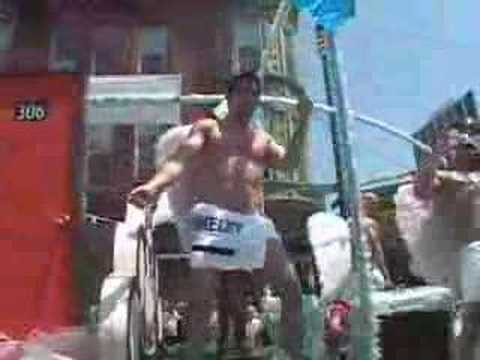