May 3, 2004 — Timberwolves forward Kevin Garnett has been named the winner of the Maurice Podoloff Trophy as the league's Most Valuable Player, the National Basketball Association announced today.

The seven-time NBA All-Star totaled 1,219 points in MVP balloting, including 120 of a possible 123 first-place votes, from a panel that consisted of sportswriters and broadcasters throughout the United States and Canada.

Garnett finished his ninth NBA campaign in 2003-04 by averaging career highs of 24.2 points (.499 FG%, .791 FT%) and 13.9 rebounds, in addition to posting 5.0 assists, 2.17 blocks, 1.46 steals and 39.4 minutes per game in starting all 82 contests. It marked the fifth consecutive season in which he tallied at least 20 points, 10 rebounds, and five assists per game; he joins Larry Bird as the only players in league history to achieve that feat. Garnett led the league in double-doubles this season with 71, the most in the NBA since Hakeem Olajuwon registered 72 during the 1992-93 campaign with Houston. He registered 1,987 points and 1,139 rebounds, becoming just the fifth player in NBA history (and the first in 29 years) to lead the league in both categories.

MINNEAPOLIS -- The Kid is all grown up, and he has an NBA MVP award to prove it.

Kevin Garnett got 120 of 123 first-place votes to beat two-time winner Tim Duncan for the honor Monday, three days after his Minnesota Timberwolves won a playoff series for the first time.

Garnett's teammates attended a packed news conference at the Timberwolves' arena, and he praised them repeatedly.

"I wouldn't be nothing without those knuckleheads, believe me," Garnett said. "It's a team game, and I've always kept that perspective."

He has played at an MVP level for years, but this was a breakthrough season for the Wolves. They earned the top seeding in the Western Conference playoffs with a franchise-best 58-24 record, then ended a string of seven straight first-round exits from the postseason by beating the Denver Nuggets.

I wouldn't be nothing without those knuckleheads, believe me. It's a team game, and I've always kept that perspective.”

— Kevin Garnett (about his teammates) 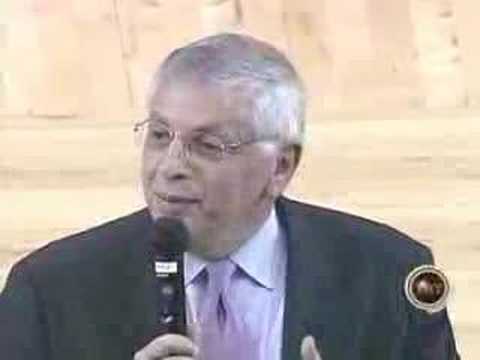