Troy is a 2004 epic/action film concerning the Trojan War.

It is loosely based on Homer's Iliad, besides material from Virgil's Aeneid and other sources of the Epic Cycle, but it frequently diverges from myth. The film has the following cast of actors prominent at the time of its release: Brad Pitt as Achilles, Eric Bana as Hector, Orlando Bloom as Paris, Diane Kruger as Helen, Brian Cox as Agamemnon, Sean Bean as Odysseus, Rose Byrne as Briseis, Garrett Hedlund as Patroclus, Peter O'Toole as Priam, Brendan Gleeson as Menelaus, and Tyler Mane as Ajax. Troy was directed by Wolfgang Petersen and written by David Benioff. It received an Oscar nomination for its costume design. 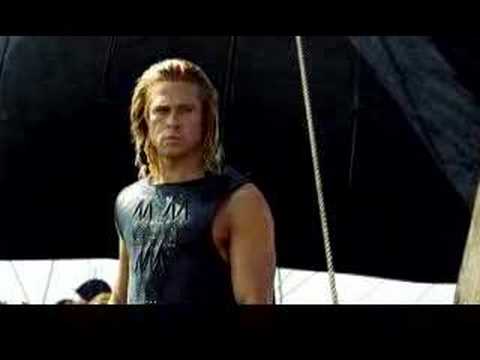