The First Battle of Fallujah

As part of the occupation of Iraq, the First Battle of Fallujah, codenamed Operation Vigilant Resolve, was an unsuccessful attempt by the United States Military to capture the city of Fallujah in April 2004.

The chief catalyst for the operation was the highly-publicized killing and mutilation of four Blackwater private military contractors, and the killing of 5 U.S. soldiers in Habbaniya a few days earlier.

The American siege of the city polarised public opinion within Iraq.

On April 1, Brigadier General Mark Kimmitt, deputy director of operations for the US military in Iraq, promised an "overwhelming" response to the Blackwater deaths, stating "We will pacify that city,"

On April 3, the 1st Marine Expeditionary Force received a written command from the Joint Task Force, ordering offensive operations against Fallujah. This order went against the wishes of the Marine Commanders on the ground who wanted to conduct surgical strikes and raids against those suspected of involvement in the Blackwater deaths.

On the night of April 4, the US forces launched a major assault in an attempt to "re-establish security in Fallujah" by encircling it with around 2000 troops. At least four homes were hit in aerial strikes, and there was sporadic gunfire throughout the night.

By the morning of April 5, headed by the 1st Marine Expeditionary Force, American units had surrounded the city with an aim towards retaking it. American troops blockaded roads leading into the city with Humvees and concertina wire. They also took over a local radio station and handed out leaflets urging residents to remain inside their homes and help American forces identify insurgents and any Fallujans who were involved in the Blackwater deaths.

It was estimated that there were 12-24 separate "hardcore" groups of insurgents, armed with RPGs, machine guns, mortars and anti-aircraft weapons, some of it supplied by the Iraqi Police. By April 6, military sources said that "Marines may not attempt to control the center of the town."

The U.S. attacks were taking a toll on civilians as well as the insurgents however, and the Coalition faced growing criticism from within the Iraqi Governing Council, where Adnan Pachachi said, "these operations by the Americans are unacceptable and illegal."

Al-Jazeera reporter Ahmed Mansur, and cameraman Laith Mushtaq, the only two non-embedded journalists covering the conflict since April 3, reported that an unknown source stated that United States insisted that the reporters be withdrawn from the city, as a pre-condition to the ceasefire.

At noon on April 9, under pressure from the Governing Council, Paul Bremer announced that the U.S. forces would be unilaterally holding a ceasefire, stating that they wanted to facilitate negotiations between the Iraqi Governing Council, insurgents and city spokespersons, and to allow government supplies to be delivered to residents

As a consequence, much-needed humanitarian relief which had been held up by the fighting and blockade finally managed to enter the city, notably a major convoy organized by private citizens, businessmen and clerics from Baghdad as a joint Shi'a-Sunni effort.[citation needed] Some US forces used this time to occupy and scavenge abandoned houses and convert them into de facto bunkers,[35] while a number of insurgents did the same.

At this point, it was estimated that 600 Iraqis had been killed, at least half of whom were non-combatants. Although hundreds of insurgents had been killed in the assault, the city remained firmly in their control. U.S. forces had by then only managed to gain a foothold in the industrial district to the south of the city. The end of major operations for the time being led to negotiations between various Iraqi elements and the Coalition forces, punctuated by occasional firefights.

On April 13, U.S. Marines fell under attack from insurgents located within a mosque. An airstrike destroyed the mosque, prompting a public outcry.

On April 19, the ceasefire seemed to be consolidated with a plan to reintroduce joint US/Iraqi patrols in the city. Over time this arrangement broke down and the city remained a major center of opposition to the US appointed Iraqi Interim Government. Additionally, the composition of the armed groups in Fallujah changed during the following months, shifting from domination by secular, nationalist and ex-Ba'athist groups towards a marked influence of warlords with ties to organized crime and groups following a radical Wahhabi stance.

On May 1, 2004, the United States withdrew from Fallujah, as Lieutenant General James Conway announced that he had unilaterally decided to turn over any remaining operations to the newly-formed Fallujah Brigade, which would be armed with US weapons and equipment under the command of former Ba'athist Army General Jasim Mohammed Saleh. Several days later, when it became clear that Saleh had been involved in military actions against Shi'ites under Saddam Hussein, US forces announced that Muhammed Latif would instead lead the brigade. Nevertheless, the group dissolved and had turned over all the US weapons to the insurgency by September, prompting the necessity of the Second Battle of Fallujah in November, which successfully occupied the city. 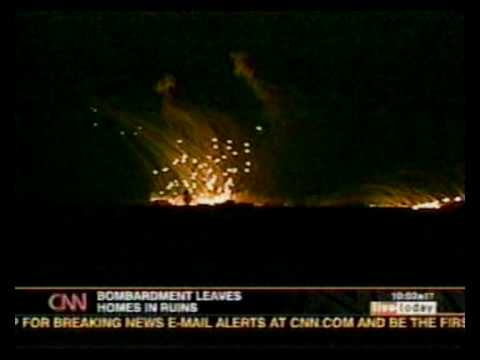