It began on March 16, 2004, and ended with the championship game on April 5 at the Alamodome in San Antonio, Texas. A total of 64 games were played.

This was the first year in which the regional sites were referred to by the cities in which the games were held in instead of the "East", "Midwest", "South", and "West" designations. It was also the first year that the matchups for the national semifinals were determined at least in part by the overall seeding of the top team in each regional. The top four teams in the tournament were Kentucky, Duke, Stanford, and Saint Joseph's. Had all of those teams advanced to the Final Four, Kentucky would have played Saint Joseph's and Duke would have played Stanford in the semifinal games. Only Duke advanced to the Final Four, where it played and lost to Connecticut in the semifinals.

Connecticut, coached by Jim Calhoun, won the national title with an 82-73 victory in the final game over Georgia Tech, coached by Paul Hewitt. Emeka Okafor of Connecticut was named the tournament's Most Outstanding Player.

Final Four
The Alamodome was host of the Final Four and National Championship in 2004.

With the Connecticut Huskies trailing by 8 points with less than 3 minutes to go, it looked as if the Duke Blue Devils were going to spoil Jim Calhoun's chance at a second national title. Connecticut's All-American center Emeka Okafor was limited to just 22 minutes because of early foul trouble, but he came up clutch with several big plays down the stretch and finished with 18 points and only 3 fouls. By contrast, all three of Duke's centers fouled out, including Shelden Williams, who committed his fifth foul with 3:04 to play. In addition, Duke went without a field goal for the last 4 1/2 minutes until Chris Duhon's meaningless three-pointer at the buzzer. Duke coach Mike Krzyzewski was denied his 65th NCAA Tournament victory which would have tied him with Dean Smith for the all-time record.

The 2004 National Championship Game proved to be a coronation for the Connecticut Huskies as they handled Paul Hewitt's Georgia Tech Yellow Jackets. The final nine-point margin of victory for the Huskies was misleading, as Connecticut led 60-35 midway through the second Half. Georgia Tech's rare inability to hit the three in the game contributed as much to the loss for the Jackets as anything UConn did. Tech shot only 31%, 7 of 22, from behind the arc including making 3 of their final 4 attempts to close the gap, meaning the Jackets were an uncharacteristic 4 of 18 before the stretch run. In addition the Jackets shot only 57% from the freethrow line. Had Tech managed to equal their tournament production up to this point in these two areas the outcome of the game could have been different. Emeka Okafor led Connecticut with 24 points and was an easy choice for Most Outstanding Player of the tournament. Guard Ben Gordon added 21 points to Connecticut's cause. The victory gave Connecticut coach Jim Calhoun his second National Championship (1999).

SAN ANTONIO -- Connecticut had a plan to win the 2004 national title.

And it began in this building, here in the Alamodome, on March 28, 2003 when the Huskies lost to Texas in the Sweet 16.

"I told them we'll be back," Connecticut coach Jim Calhoun said. "I told them that they're going to be good enough. I said we'd get them some help. I said to stick with us and work hard and great things would happen."

His players didn't ignore the message.

"Coach told us that the Final Four is here next year, so let's come back and win it," said Emeka Okafor, Connecticut junior center and the Final Four most outstanding player.

To avoid a derailment from the title plan, Okafor and Gordon returned for their junior seasons. Charlie Villanueva chose the Huskies over the NBA and Josh Boone blossomed into the perfect compliment to Okafor inside. That answered Calhoun's call to get bigger to win the title.

SAN ANTONIO (AP) -- Best at the beginning, even better at the end, the Connecticut Huskies closed out the season by easily winning the title they expected all along.

Led by 24 points from Emeka Okafor and 21 from Ben Gordon, UConn outclassed Georgia Tech 82-73 on Monday night for the national championship.

Connecticut became the first team since the 1996 Kentucky Wildcats to win the title after being ranked first in the preseason. The Huskies wound up on top of the college basketball world, thanks to the tall, quick, deep and talented roster assembled by coach Jim Calhoun.

"Going wire-to-wire is one of the hardest things you can do, and it wasn't just the beginning of the year for us," he said. "This wire-to-wire went September to April, and that's as hard as it gets."

The Huskies looked like champions from start to finish in the title game, running when they wanted, controlling the middle at other times, grabbing just about every loose ball and making the Yellow Jackets look ordinary. 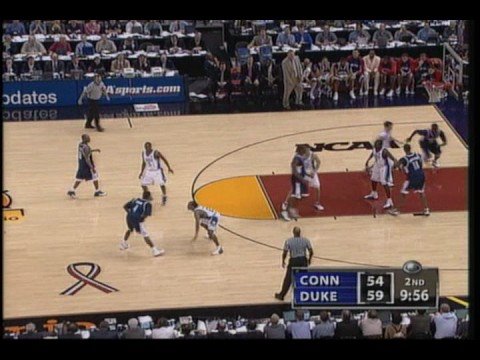 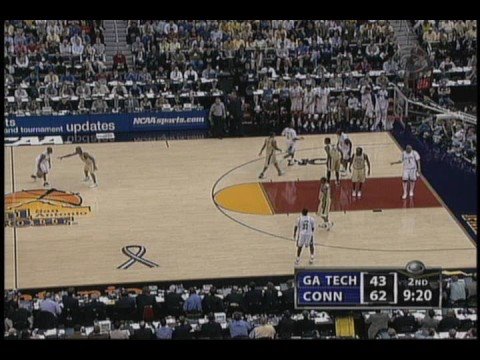 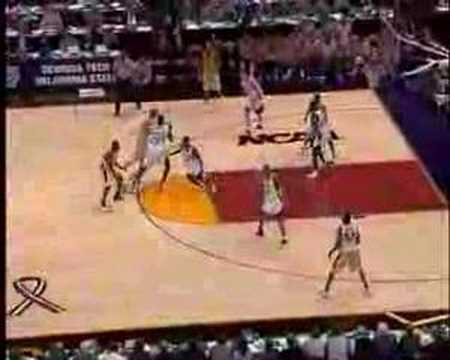 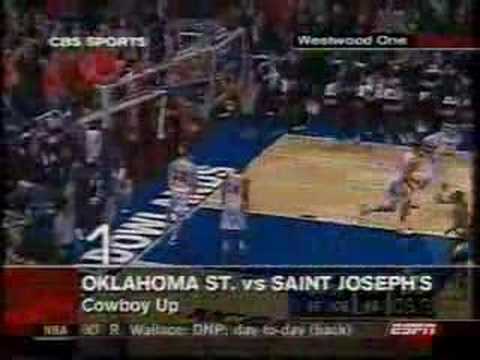