Revolutionary But Gangsta is a hip-hop album released by Dead Prez in 2004.

Revolutionary But Gangsta, or RBG, describes a person who, although engaged in frequent and heavy criminal activity (gangsta), remains committed to a greater political cause (revolutionary).

RBG represents the traditional African colors of the UNIA, red, black, and green, which are featured on the album cover.

On RBG, dead prez talk about ending poverty and depression, and of 'pimping the system' as a means to this end and to the cause of liberation. On "Hell Yeah," dead prez declare 'Fuck welfare / we say reparations.' 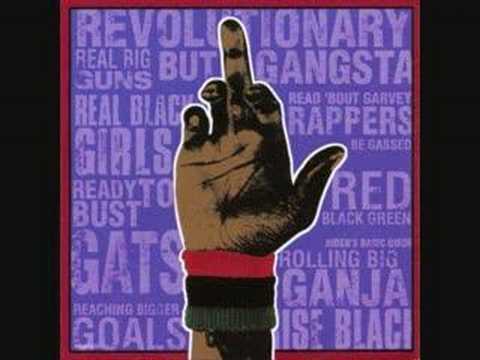