On the morning of March 11 2004, as thousands of commuters made their way to work, 10 bombs packed with nails and dynamite exploded on four trains heading into central Madrid.

The blasts killed 191 people and injured nearly 1,800. It was the worst Islamist terrorist attack in European history.

Clara Escribano, who was travelling to work when her train was torn apart in one of the attacks, still lives with the memory. "I have a film of that day constantly playing in my head," she said. "I still haven't been able to get on a train. In fact, I cannot even walk on the same side of the road as the station where I got on the train."

The events of 11-M, as the attacks are known in Spain, initially divided the country along political lines. The bombings were carried out just three days before a general election, which saw the incumbent conservative Popular party (PP) of José María Aznar defeated by the Socialist PSOE led by José Luis Rodríguez Zapatero.

A Tunisian man identified by the Spanish government as the ringleader of the March 11 bombings in Madrid was among five suspects who may have been killed Saturday when they blew themselves up as police closed in on their apartment, Spanish authorities said.

The suspects were chanting in Arabic when they set off the blast at the four-story apartment building in the Madrid suburb of Leganes, Interior Minister Angel Acebes said.

One Spanish police officer also was killed and 11 others wounded, Acebes said. Three were in the hospital, one in serious but not life-threatening condition, he said.

A Spanish judge today found 21 people guilty - but acquitted seven - of the Madrid train bombings that killed more than 190 people in one of Europe's worst terrorist atrocities in recent years.
To the consternation of some survivors and relatives of the victims, one of the accused masterminds, Rabei Osman Sayed Ahmed, known as "Mohamed the Egyptian", was acquitted along with six others. He is in prison in Milan, Italy, after being convicted of belonging to an international terrorist group.

A representative from a victims' association said he was unhappy that some of the accused were still walking free.

"It seems to us that only a few of them got a lot of years in prison. There aren't many heavy sentences considering how many people were affected," Eutiquio Gutierrez, whose 39-year-old daughter died in the bombings, told Reuters.

During the peak of Madrid rush hour on the morning of Thursday, 11 March 2004, ten explosions occurred aboard four commuter trains (cercanías). All the affected trains were traveling on the same line and in the same direction between Alcalá de Henares and the Atocha station in Madrid. It was later reported that thirteen improvised explosive devices (IEDs) had been placed on the trains. Bomb-disposal teams (TEDAX) arriving at the scenes of the explosions detonated two of the remaining three IEDs in controlled explosions, but the third was not found until later in the evening, having been stored inadvertently with luggage taken from one of the trains. The following time-line of events comes from the judicial investigation.

All four trains had departed the Alcalá de Henares station between 07:01 and 07:14. The explosions took place between 07:37 and 07:40 in the morning, as described below (all timings given are in local time CET, UTC +1):

Atocha Station (train number 21431) – Three bombs exploded. Based on the video recording from the station security system, the first bomb exploded at 07:37, and two others exploded within 4 seconds of each other at 07:38.

At 08:00, emergency relief workers began arriving at the scenes of the bombings. The police reported numerous victims and spoke of 50 wounded and several dead. By 08:30 the emergency ambulance service, SAMUR (Servicio de Asistencia Municipal de Urgencia y Rescate), had set up a field hospital at the Daoiz y Velarde sports facility. Bystanders and local residents helped relief workers, as hospitals were told to expect the arrival of many casualties. At 08:43, fire fighters reported 15 dead at El Pozo. By 09:00, the police had confirmed the death of at least 30 people – 20 at El Pozo and about 10 in Santa Eugenia and Atocha.

The total number of victims was 191. There were victims from 17 countries: 142 Spanish, 16 Romanians, 6 Ecuadorian, 4 Poles, 4 Bulgarians, 3 Peruvians, 2 Dominicans, 2 Colombians, 2 Moroccans, 2 Ukranians, 2 Hondurans, 1 Senegalese, 1 Cuban, 1 Chilean, 1 Brazilian, 1 French, and 1 Filipino. The total number of victims was higher than in any other terrorist attack in Spain, far surpassing the 21 killed and 40 wounded from a 1987 bombing at a Hipercor chain supermarket in Barcelona. On that occasion, responsibility was claimed by the Basque armed militant group Euskadi Ta Askatasuna ("Basque Fatherland and Liberty"), or ETA. It was also the worst incident of this kind in Europe since the Lockerbie bombing in 1988. 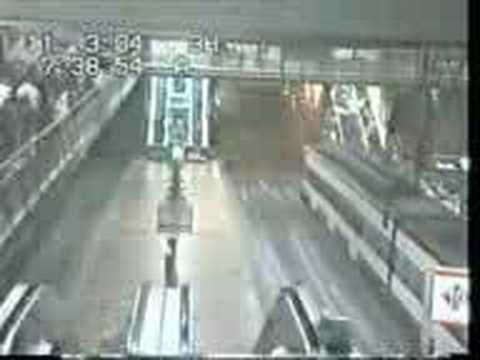 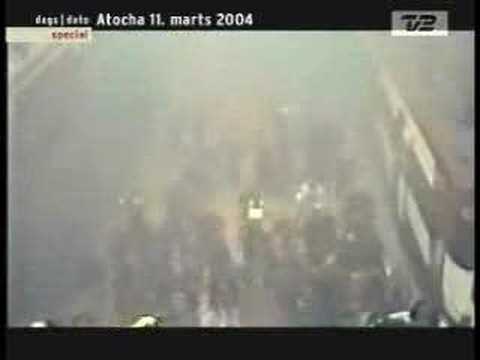 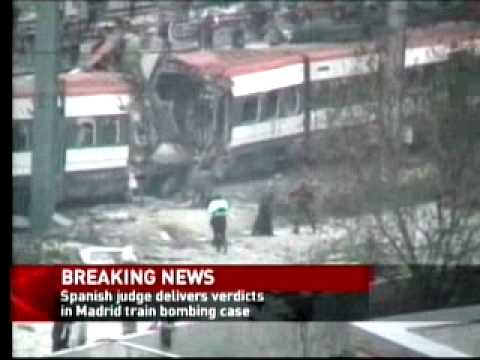 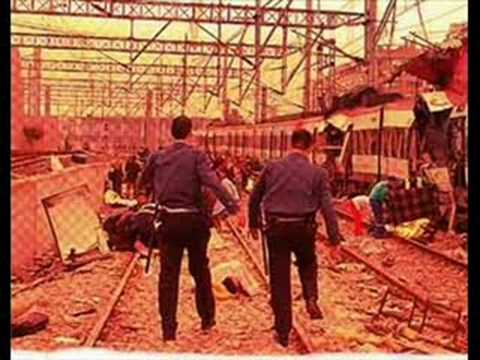