The Aviator is a 2004 American biographical drama film, directed by Martin Scorsese and based on the life of Howard Hughes, played by Leonardo DiCaprio.

The film draws largely upon a biography by Charles Higham. The film centers on Hughes' life from the late 1920s to 1947, during which time he gained success as a film producer and an aviation magnate while simultaneously growing more unstable due to obsessive-compulsive disorder. The film was nominated for 11 Academy Awards, winning five.

"The Aviator" celebrates Scorsese's zest for finding excitement in a period setting, re-creating the kind of glamor he heard about when he was growing up. It is possible to imagine him wanting to be Howard Hughes. Their lives, in fact, are even a little similar: Heedless ambition and talent when young, great early success, tempestuous romances and a dark period, although with Hughes it got darker and darker, while Scorsese has emerged into the full flower of his gifts. 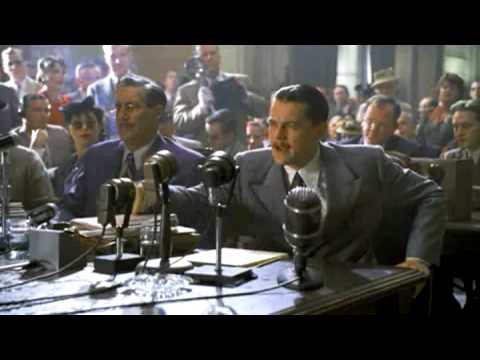