The Incredibles is a 2004 computer-animated superhero film produced by Pixar Animation Studios and distributed by Walt Disney Pictures.

It was written and directed by Brad Bird, a former director and executive consultant of The Simpsons. It stars an ensemble cast including Holly Hunter, Craig T. Nelson, Sarah Vowell, Spencer Fox, Jason Lee, Samuel L. Jackson and Elizabeth Peña. The film stars the Parr family, who each have superpowers. After the government orders superheroes to live a normal life, Robert Parr (Craig T. Nelson), who formerly went under the superhero alias "Mr. Incredible" secretly relives his days as a superhero, behind his family's back. At the same time, his kids come to terms with their powers while his wife becomes suspicious of his activities.

The Incredibles was originally developed as a traditionally-animated film for Warner Bros., but after the studio shut down its division for fully animated theatrical features, Bird took the story with him to Pixar, where he reunited with John Lasseter. The Incredibles is the sixth feature film from Pixar. It was presented by Disney and released by Buena Vista Distribution in North America on November 5, 2004, and in the United Kingdom and the Republic of Ireland on November 26 of the same year. It is the first full-length Pixar film to feature an entirely human cast of characters. It was released on a two-disc DVD in the U.S. on March 15, 2005. According to the Internet Movie Database, it was the highest-selling DVD of 2005, with 17.18 million copies sold. It had its network television premiere on Thanksgiving Day 2007 on NBC (usually, Disney movies would air on ABC) and its basic cable premiere on ABC Family as part of The 25 Days of Christmas in December 2007, and its second cable showing on Disney Channel as part of the No Ordinary Friday on February 1, 2008. 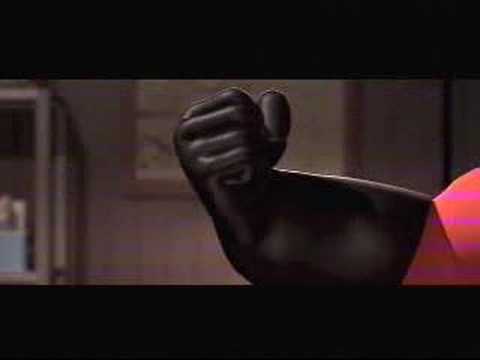