On August 22, 2003, at 13:30 (local time) an explosion destroyed a Brazilian Space Agency VLS-1 (VLS-1 V03) rocket as it stood on its launch pad at the Alcântara Launching Center in the state of Maranhão in northern Brazil.

Twenty-one people, standing on the launch pad, died when one of the rocket's four first stage motors ignited accidentally. The explosion caused a fire in the nearby jungle brush, and produced a large cloud of smoke that was visible for large distances. This was the third major attempt by Brazil to launch a rocket of the country's own design.

The explosion leveled the rocket's launch pad, reducing a 10-story high structure to a pile of twisted metal. Dozens of kilometers away, residents of the city of São Luís were able to hear the blast. The rocket had been scheduled to launch in just a few days' time and had two satellites onboard when the explosion occurred.

After the explosion, the Brazilian Space Agency was criticized for using solid-fuel rockets, which are easier to build and ignite than liquid-fuel rockets, but also dangerous because they lack throttle controls and emergency shut-offs. The incident has caused a significant delay to the Brazilian space program because of government inquiries as well as the fact that many scientists and engineers who worked on the program died when the rocket exploded.

An investigation by the Brazilian Government after the explosion found "dangerous buildups of volatile gases, deterioration of sensors and electromagnetic interference" at the launch site. The VLS was Brazil's first effort to build a rocket capable of reaching orbit with a commercial payload. The two previous VLS launch efforts had malfunctioned because of engine problems. The explosion was the third consecutive failure for the system. A new version of the launcher is being built with Russian assistance.

Lax space program management and underfunding set the stage for a rocket explosion that killed 21 engineers and technicians three days before the scheduled launch last year, according to a report by an investigative commission released Tuesday.

The report on Brazil's worst space program accident ever ruled out sabotage but confirmed that an electrical flaw triggered one of the VLS-1 VO3 rocket's four solid fuel boosters while it was undergoing final preparations at the remote seaside launch pad.

The 130-page report painted a damning picture of the only space program in Latin America and said decisions by government managers long before the Aug. 22 accident led to a breakdown in safety procedures, routine maintenance and training.

Smoke rose from a crater littered with twisted metal at Brazil's space center Saturday, one day after a rocket explosion killed 21 people in the country's latest attempt to launch Latin America's first satellite.

The 66-foot-high VLS-1 VO3 rocket was three days from its scheduled liftoff when it blew up on its launch pad. Twenty people were injured in the accident, which left South America's largest country mourning the victims and struggling to understand what went wrong.

A spokesman for the Alcantara base in the north-eastern state of Maranhao said no wounded had been found.

One of the rocket's four motors caught fire, triggering an explosion which caused the launchpad to collapse as technicians were carrying out final tests.

The explosion was so intense that the exact number of victims and their identities have been difficult to establish.

"We were forced to hold a roll call of technicians" in order to work out who was missing, Defence Minister Jose Viegas said. 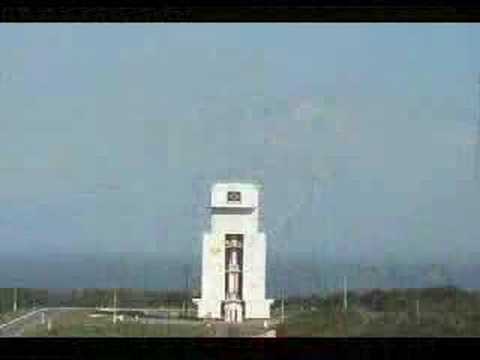 View other events that happened on August 22