Pirates of the Caribbean: The Curse of the Black Pearl released

The story follows pirate Captain Jack Sparrow (Johnny Depp) and blacksmith Will Turner (Orlando Bloom) as they rescue the kidnapped Elizabeth Swann (Keira Knightley) from the cursed crew of the Black Pearl, captained by Hector Barbossa (Geoffrey Rush). The film was directed by Gore Verbinski and produced by Jerry Bruckheimer, and became the first Walt Disney Pictures release to earn a PG-13 rating by the MPAA (all previous WDP releases were rated G or PG).

The world premiere was held at Disneyland Resort in Anaheim, California, on June 28, 2003. The Curse of the Black Pearl was an unexpected success, with positive reviews and grossing over $654 million worldwide. The film became the first in a series, with two back-to-back sequels, Dead Man's Chest and At World's End, released. The film was nominated for five Academy Awards, including Best Actor for Depp. 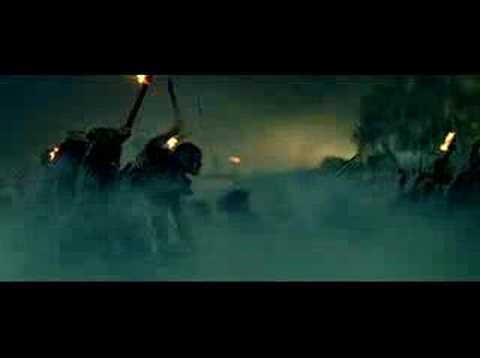