Spurs Cut Down Nets to Win NBA Title With it all on the line, Tim Duncan did it all.

The San Antonio Spurs won their second title as Duncan put on one of the great performances in NBA Finals history, approaching a quadruple-double in an 88-77 dismantling of the New Jersey Nets.

You want scoring? Duncan had 21 points, including seven in a surge at the end of the first half that prevented the Nets from running away early.

You want rebounding? Duncan had 20, his fourth 20-rebound game of the postseason. In the fourth quarter, he seemed to sweep away every miss by the Nets.

Duncan has triple-double in clinching victory

SAN ANTONIO -- All week long, the New Jersey Nets banged their collective heads against the wall trying to figure out how to beat the San Antonio Spurs' smothering zone defense.

It took one performance for the ages to bring the Nets back to the real reason they're runners-up in the NBA Finals for the second straight year.

Spurs weren't always pretty, but they're the best

Then they jammed up Jason and the Argo-Nets. No-Kidding.

The Spurs might not have been the most dominating champion, as their 88-77 Game 6 clincher over the Nets showed. They looked more like the Clippers for much of the final game, throwing the ball all over the SBC Center to give hope to Jason Kidd and Co. But in the end Tim Duncan just took over, shutting down the lane and giving his bench help the breathing room needed to set off their 19-0 fourth-quarter blitz that clinched the NBA title. 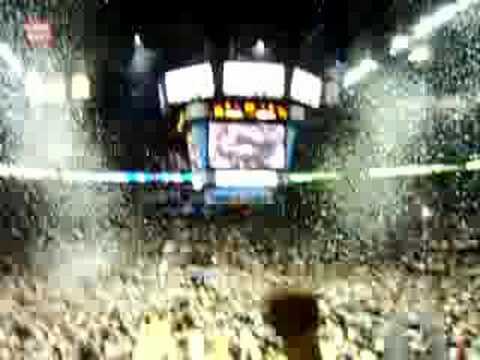 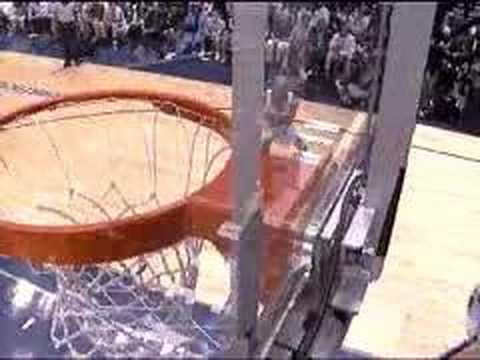