The 2003 Special Olympics World Summer Games were hosted in Ireland, with participants staying in various host towns around the island in the lead up to the games before moving to Dublin for the events.

Events were held from 21 June-29 June 2003 at many venues including Morton Stadium, the Royal Dublin Society in Ballsbridge and the National Basketball Arena in Tallaght, Dublin. Croke Park Gaelic games stadium, in Dublin served as the central stadium for the opening and closing ceremonies, even though no competitions took place there. Belfast was the venue for roller skating events (at the Kings Hall), as well as the Special Olympics Scientific Symposium (held from 19-20 June).

177 towns, cities and villages and the Aran Islands hosted national delegations in the run up to the games. Each town ran programmes to educate the local community about the customs of the country they would host and provided facilities for the teams to acclimatise. Newbridge, County Kildare, host to the Japan delegation won the award for best host town.

30,000 volunteer officials and support staff assisted in the running of the games, including 900 staff of the Bank of Ireland who coordinated the host town programme and 800 members of the Irish Defence Forces who maintained the radio communication network, and provided support for bridge building, security duties, VIP drivers, standard bearers for ceremonial events and emergency medical teams. 165 volunteers from the then 15 countries of the EU took part in a European Volunteer Project (EVS), the first ever to be organized in event-related mode. The volunteers are commemorated by having their names on a series of plaques situated in Dublin Castle, just outside the Chester Beatty Library.

The 2003 World Games were the first to be held outside of the United States. Approximately 7000 athletes from 150 countries competed in the games in 18 official disciplines, and three exhibition sports. The participants from Kosovo were the region's first team at an international sporting event. A 12-member team from Iraq received special permission to attend the games, despite ongoing war in their home nation.
The crowd at the 2003 Special Olympics World Games Opening Ceremonies in Croke Park, Dublin , Ireland as Team USA enters the stadium

The opening ceremony was held in Croke Park featured an array of stars and was hosted by Patrick Kielty. The band U2 were a major feature, and Nelson Mandela officially opened the games. Other performances included The Corrs and the largest Riverdance troupe ever assembled on one stage. 75,000 athletes and spectators were in attendance at the opening ceremonies. Irish and international celebrities such as Arnold Schwarzenegger and Jon Bon Jovi walked with the athletes, with Muhammad Ali as a special guest and Manchester United and Republic of Ireland football player Roy Keane taking the athletes oath with one of the Special Olympians.

The Games Flame was lit at the culmination of the Law Enforcement Torch Run, which more than 2,000 members of An Garda Síochána (Irish Police) and the Police Service of Northern Ireland took part in. This was a series of relays carrying the Special Olympics Torch, the "Flame of Hope", from Europe to the Games' official opening.
2003 Special Olympics commemorative coin issued by the Central Bank of Ireland

The ceremony was officially opened by President of Ireland Mary McAleese and attended by Taoiseach (Prime Minister of Ireland) Bertie Ahern.

The 2003 games were the first to have their opening and closing schemes broadcast on live television, and Radio Telefís Éireann provided extensive coverage of the events through their 'Voice of the Games' radio station which replaced RTÉ Radio 1 on Medium Wave for the duration of the event. There was also a nightly television highlight programme.

Among the activities carried out during the Games were thorough medical checks on the athletes, some of whom had previously undiagnosed conditions uncovered, as some of the athletes came from countries with limited medical facilities or had difficulty communicating their symptoms.

A daily newspaper, the Games Gazette was published for each day of the games.

Among the contributors to the Games was the Irish Prison Service. Prisoners in Mountjoy Prison, Midlands Prison, Wheatfield Prison and Arbour Hill Prison who constructed podiums and made flags, towels, signs, benches and other equipment.

The organising committee, which was formed in 1999 following the success of the bid, was chaired by entrepreneur Denis O'Brien. The chief executive was Mary Davis.

From 21st - 29th June 2003 the whole island of Ireland played host to the Special Olympics World Summer Games, the largest sports and multicultural event in the world. It was the first time the Games were held outside the United States and they provided us with the largest international sporting event in our island's history.

There were some 7,000 athletes, 3,000 coaches/delegates and 28,000 families and friends at the Games. It is estimated that over 40,000 international visitors came to Ireland specifically for the Games and that the event brought in the order of €35 million into the Irish economy as well as placing Ireland in the centre of the world's gaze for ten memorable days in June. 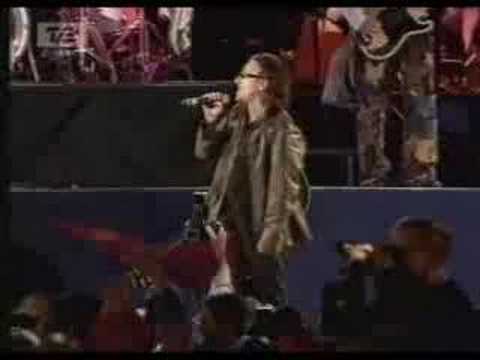 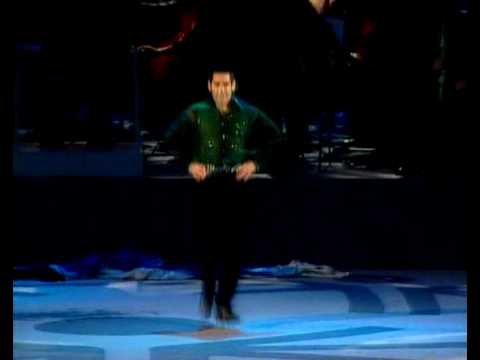 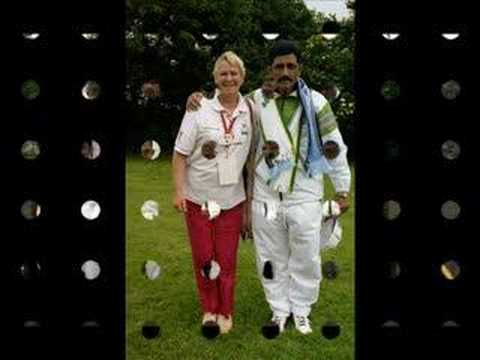 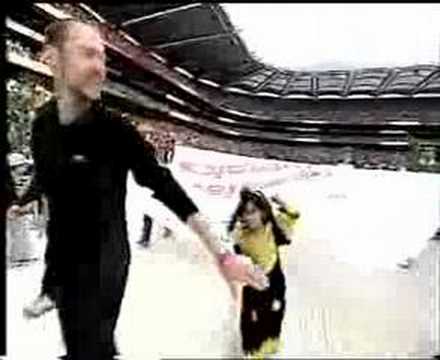