When they threw the bricks and smashed the windows, when they set the blazes that devoured a dozen buildings over the past two harrowing nights, the people of this depressed city on Lake Michigan were not just angry about the 28-year-old motorcyclist killed early Monday in a high-speed police chase.

They were still simmering, many said, over 7-year-old Trent Patterson, who died in a police chase a few years back, and Arthur Partee, who was strangled by police officers only two months ago. They said they were still seething over a teenager's mysterious drowning in the St. Joseph's River in 1991, and the man who was shot in the back by an officer the year before.

In mid-June this town in southwestern Michigan was the scene of angry protests against racist police policies that resulted in the death of 28-year-old Terrance “T-shirt” Shurn. The young African-American man died around 2:00 a.m. on June 16 when his motorcycle crashed into an abandoned house after city cops pursued him at more than 100 miles an hour.

Benton Harbor, with 11,000 residents, has wide streets full of potholes. Boarded-up stores and closed businesses line Main Street. Everywhere there are vacant lots and abandoned houses. Ninety-two percent of the residents are Black. The official unemployment rate is nearly 10 percent, but Black ministers state the true figure is higher. Some 40 percent live below the official poverty level, and the median annual family income is $17,471. Only 60 percent of adults have graduated from high school. 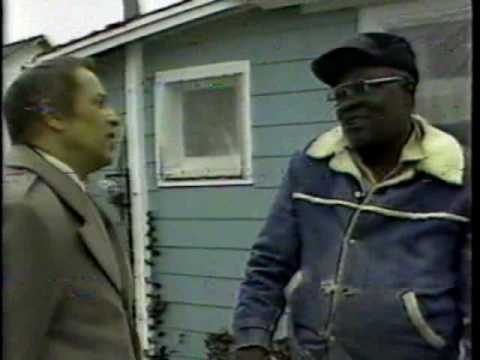