The Three Gorges Dam (simplified Chinese: 长江三峡大坝; traditional Chinese: 長江三峽大壩; pinyin: Chángjiāng Sānxiá Dàbà) is a hydroelectric river dam that spans the Yangtze River in the town of Sandouping, located in the Yiling District of Yichang, at the Hubei province, China. It is the world's largest electricity-generating plant of any kind.
The dam body was completed in 2006. Except for a ship lift, all of the originally planned components of the project were completed on October 30, 2008 when the 26th generator was brought into commercial operation. Currently, it contains 26 completed generators in the shore power plant, each with a capacity of 700 MW. Six additional generators in the underground power plant are being installed and are not expected to become fully operational until around 2011. Coupling the dam's 32 main generators with 2 smaller generators (50 MW each) to power the plant itself, the total electric generating capacity of the dam will eventually reach 22,500 MW. The project produces hydroelectricity, increases the river's navigation capacity, and reduces the potential for floods downstream by providing flood storage space. From completion until September 2009 the dam has generated 348.4 TWh of electricity, covering more than one third of its project cost.
The project management and the Chinese state regard the project as an historic engineering, social and economic success, with the design of state of the art large turbines, and a move toward the reduction of greenhouse gas emissions. However, the dam has also flooded archaeological and cultural sites and displaced some 1.24 million people, and is causing significant ecological changes, including an increased risk of landslides. The building of the dam has been a controversial topic both in China and abroad.

The Three Gorges Dam is the world’s largest hydropower project and most notorious dam. The massive project sets records for number of people displaced (more than 1.2 million), number of cities and towns flooded (13 cities, 140 towns, 1,350 villages), and length of reservoir (more than 600 kilometers). The project has been plagued by corruption, spiraling costs, technological problems, human rights violations and resettlement difficulties. 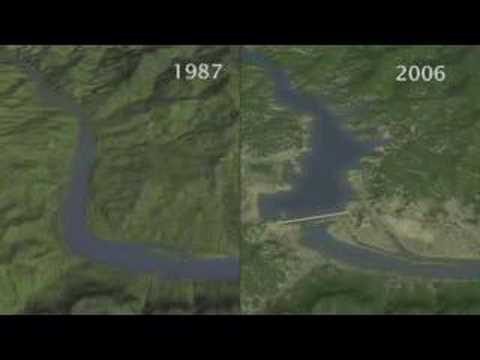 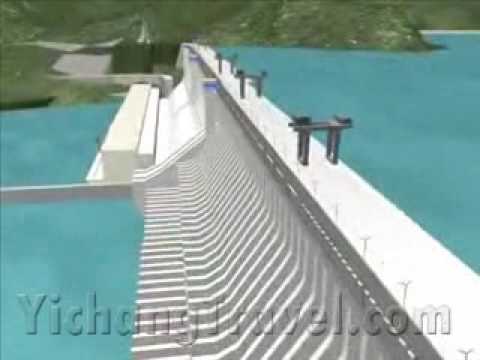