Radiohead releases "There There" single

"There There" is a song by the English alternative rock band Radiohead, featured on their album Hail to the Thief (2003) and released prior to the album as its first single.

"There There" reached number four in the UK Singles Chart and number one in Canada. It also received moderate airplay from US modern rock stations peaking at number fourteen on the Hot Modern Rock Tracks chart and was nominated for a Grammy Award for Best Rock Performance, making it the band's most successful single on the radio since "Optimistic" in 2000. On Hail to the Thief the song, like others, is given a subtitle: "The Boney King of Nowhere". 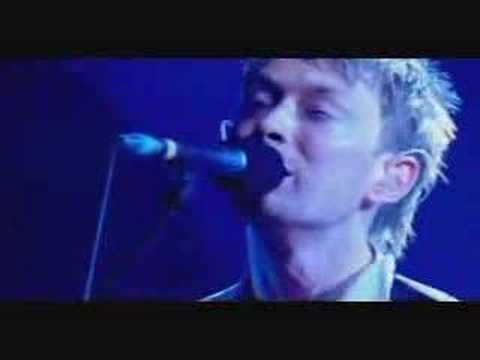